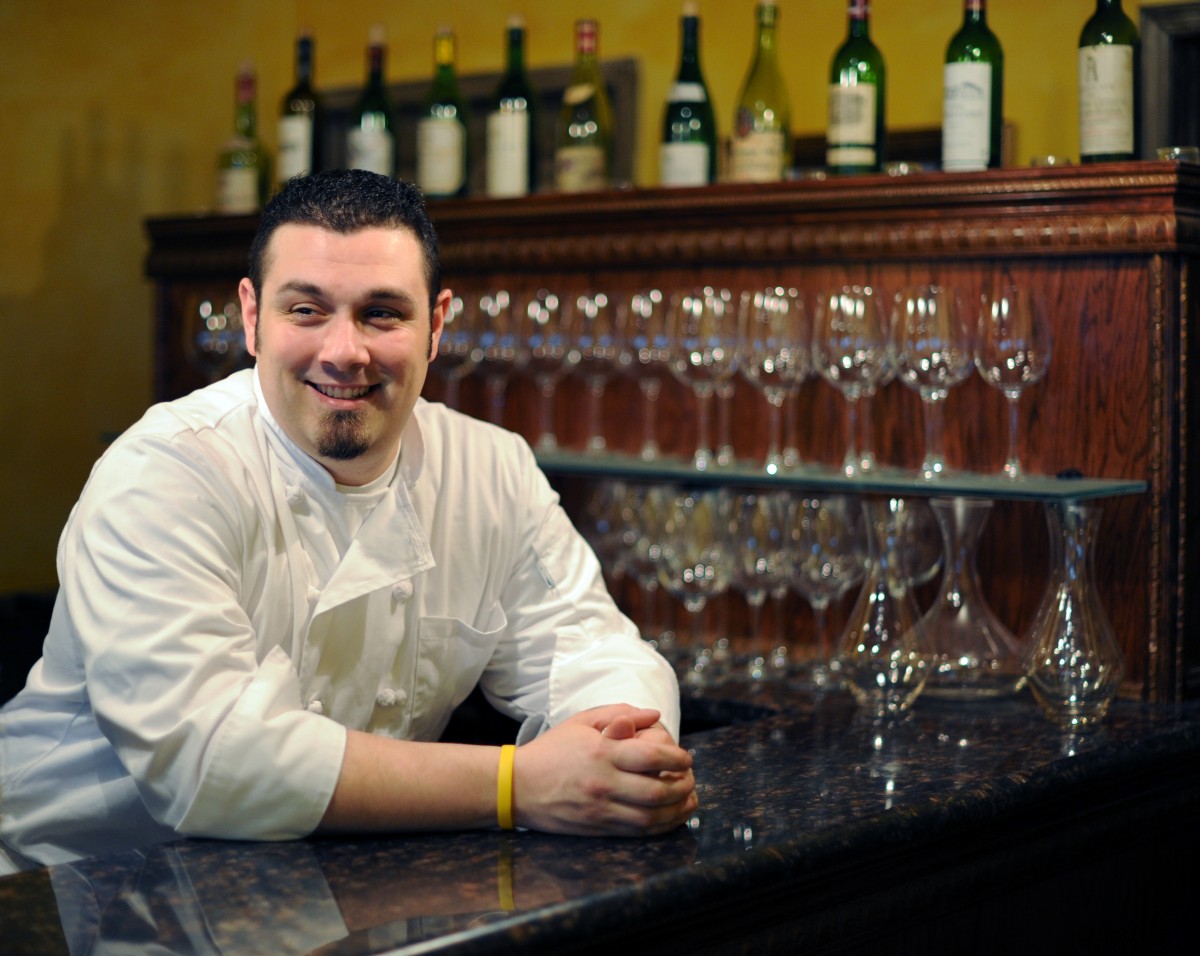 How has your life changed since getting initiated into celebuchef culture after winning the first season of Food Network’s Chopped?

I really hope they don’t put that on my headstone. I have no interest in celebrity chefdom. I did Chopped because it was a new show. I was fortunate to come up on top. Celebrity chefs, in my opinion, are people you wouldn’t recognize if I told you their name or showed you their picture - like Marco Pierre White, the youngest chef to win three Michelin stars, only to hand them back when he left his restaurant. Those are the people I look up to. I think “celebrity chefs” are a bunch of monkeys banging on drums. I don’t want to be on TV. I want to be in the kitchen.

You’ve championed your views on sustainable foods at places like the Beard House.  What turned you onto the whole farm-to-table movement?

The farm-to-table label is just the latest marketing speak – like “green” and “local.” I’ve been cooking in kitchens since I was 15. That’s 21 years. Before farm-to-table was a popular marketing buzz word, it was just the way we worked. We used local breeders, local fisherman. It was the right thing to do. A lot of economic problems in this country come because we don’t think about our own backyards before we source from other places.

The farm-to-table movement is just a fad that most restaurants will move on from when the next trend rolls into town. We’re in a kind of limbo purgatory period. No one knows what the next trend is going to be. You know when food magazines put pictures of roast chicken on the cover that there’s no trend.

What I do to source product isn’t for anyone else. It’s for me. It makes me feel better to source pork from 20 miles from the restaurant. I know the farm and I know the breeder. I don’t care about getting to say that it’s organic or humanely raised. It’s more important to me that it tastes better. So we’re going to continue to do it that way – trend or not.

At the end of the day everyone has to eat. Food is important. It’s not just a staple for cuisine and economy. You have to eat to live. Food is nutrients for life.

What goes through your head when you decide to close or leave a restaurant?

I lost my father in 2005. At the time I was working for the Millennium Hilton in Lower Manhattan. It was kind of a sudden thing when my father passed. It was dramatic for me. My father worked for the post office in Jersey City. He hated his job. He worked there in high school and kept working there until the day he died. At one point, later in life, I had been living with him and I remember getting up one morning. I had to leave by 4:30 a.m. to get ready to prep for breakfast.

I was kind of peppy and ready to go, when he stopped me and said, “You’ll never realize how lucky you are, because 99 percent of people hate their job.” I went to work that week when he died and I realized I didn’t like the corporate mentality and atmosphere. So I quit.

It was always a dream of mine to open a restaurant. I found a restaurant for sale – which soon became Restaurant Passionné. I essentially bought it on credit. I remember saying to my attorney, “We’ll be back here in 5 years.” And I was right. Passionné was a stepping stone. I left it on a good foot. It became fruitful. It was a high note. In my time there, I had gotten married and had my son. Pig & Prince is just the next step in my empire, you could say.

What is something that you’ve never mentioned in an article that you’d like to tell BCA readers?

I have some projects that are up in the air that are not signed in blood. I’m the kind of the person who’ll tell you about them when they’re finished. I would never be one to put myself in a position where I’d let people down. My goal is to open really, really cool spots with amazing food and drink programs, and to do it in certain economic areas to create jobs for people. My goal in three years is to create an enormous amount of jobs. Feeding people is number one. Hospitality is the driving force. And behind that is the urge to create jobs and careers.

The best place is find out more is to follow me and Pig & Prince on Social Media. I’ll be sharing the information there first.