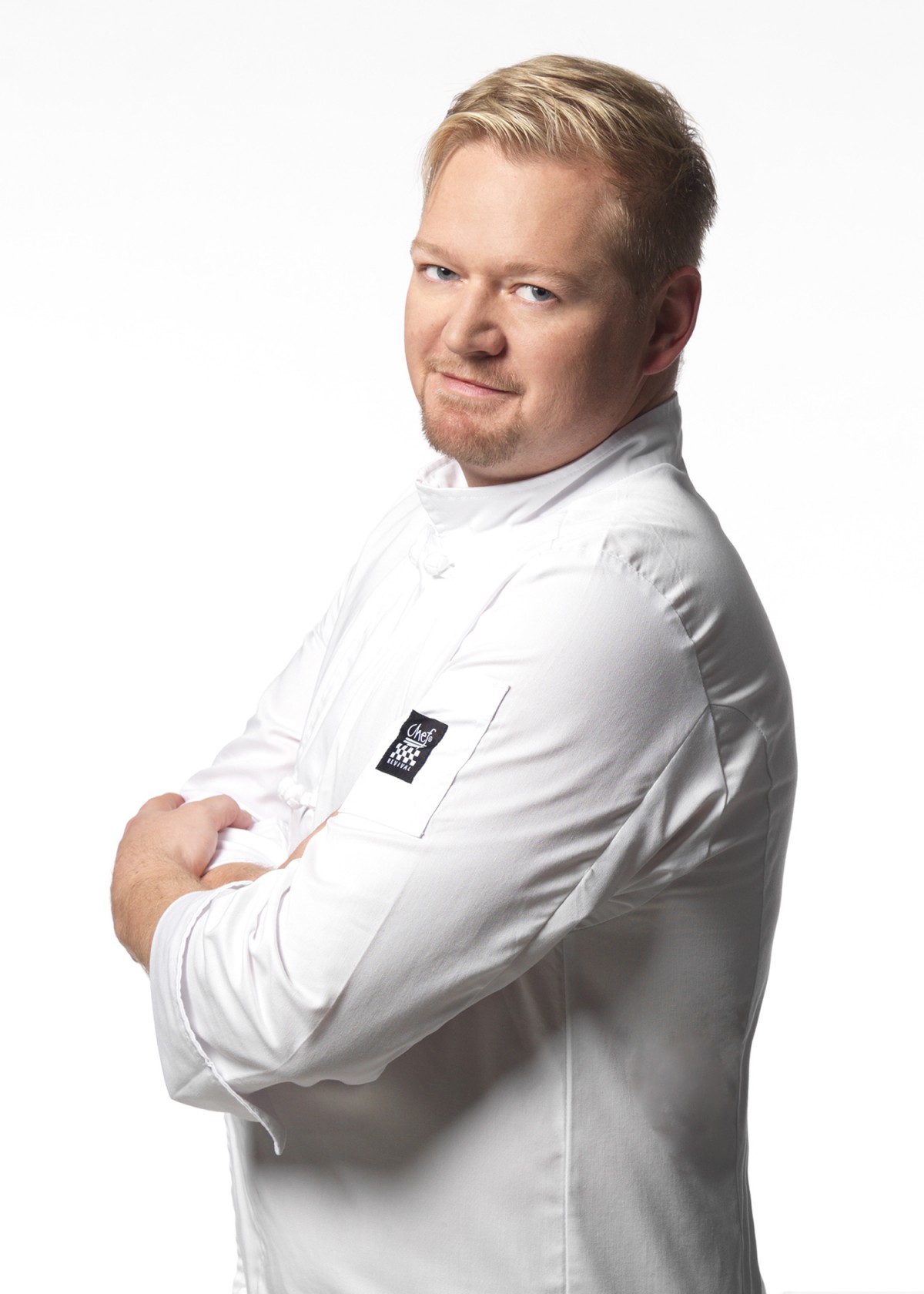 Clint Jolly calls himself a culinary storyteller. Every plate of food tells a tale, and when Jolly cooks, he gets to write the narrative. People naturally recall past experiences when they taste familiar flavors. Our tongues take us to a different time and place.

“As a chef I have the ability to transport people through their collection of memories,” says Jolly. “And I love it.”

His culinary repertoire is global. He offers a “Compose Your Own Memoir” private dinner, where he makes meals from around the world that recreate culinary memories for his patrons. Jolly’s catering company, Great Thyme Catering, also offers a menu filled with dishes from different cultures.

Jolly has creative freedom in his career. He can cook whatever he wants — from fried chicken and waffles to a seared, spicy ahi napoleon to a white bean cassoulet with sweet carrots and saffron. He tailors meals to the individual needs and vision of every occasion.

The food makes a memory for all who attend. Conversation centers around the dishes and the hors d’oeuvres he prepares; and when people taste those flavors again, some will remember the event — the people, the occasion, the location, the music, the dancing, the outfits. Voila! This is the magic of being a chef.

You may recognize Jolly from his 2016 appearance on Food Network, when he won the Chopped: Impossible Restaurant Challenge. He had four ingredients to work with: pork belly, turnips, the North African spice blend ras el hanout, and cherry pie filling. He ground up pork belly with ras el hanout and made kebabs. He used the cherry pie filling to make an agrodulce sauce and turned the turnips into hash to win the title.

In addition to catering and the occasional television stint, Jolly also does restaurant consulting, because the brand of a restaurant is really about a story — and Jolly is passionate about telling a winning one. He assists both new restaurants and restaurants that are ready to be re-conceptualized design their menus and company culture. One of his latest consulting gigs has been for the Reno restaurant Mellow Fellow, where he has been occasionally working on the line. 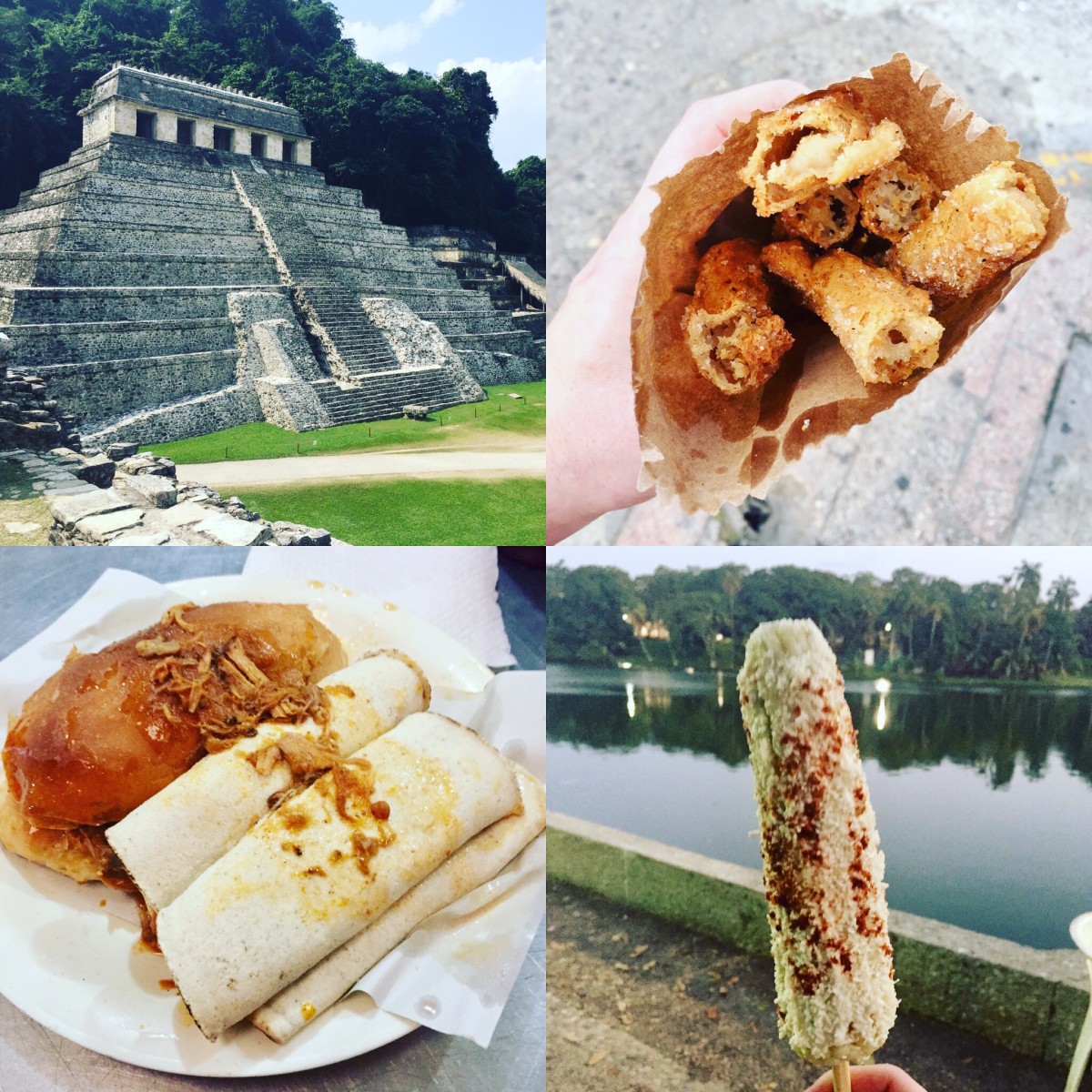 Traveling is another part of the job of a culinary storyteller. For his latest trip, Jolly traveled to the Yucatán Peninsula. He told BCA all about it.

“I enjoy how much Mexican food varies from region to region,” he says.

Jolly stumbled into the Yucatán looking for an affordable birthday vacation a few years back and decided to return to explore the culinary culture.

He already loved to infuse his dishes with flavors found there — naranja agria, cherimoya, bananas, other exotic fruits rarely seen in the States, as well as his favorite spice, achiote, which he uses to add flavor, color, and aroma to meats. Panucho is a fried tortilla layered with refried black beans, pulled chicken, tomatoes, avocado, pickled red onions, and jalapeños, topped with chopped cabbage. It’s a native dish of the Yucatán. Great Thyme Catering offers a panucho-style appetizer that features a corn tortilla stuffed with tahini, topped with hot smoked salmon seasoned with coriander and peppercorns, garnished with pickled red onion and radish. Other Yucatán-influenced items Jolly makes are an achiote marinated duck roasted in banana leaves and pickled green banana jam, which he uses as a meat garnish.

Pollo asado is his favorite regional dish. It’s served from end-to-end of the peninsula — from the smallest pueblo with 100 residents to the largest towns. Pollo asado is made of chicken marinated in citrus juices, allspice, garlic and black pepper, grilled over charcoal. While each locale may offer a slight variation, it's always marinated in citrus and grilled. Jolly has plans to offer pollo asado as the main dish for an upcoming cooking class he’s teaching in in Reno, Nevada, where he lives. 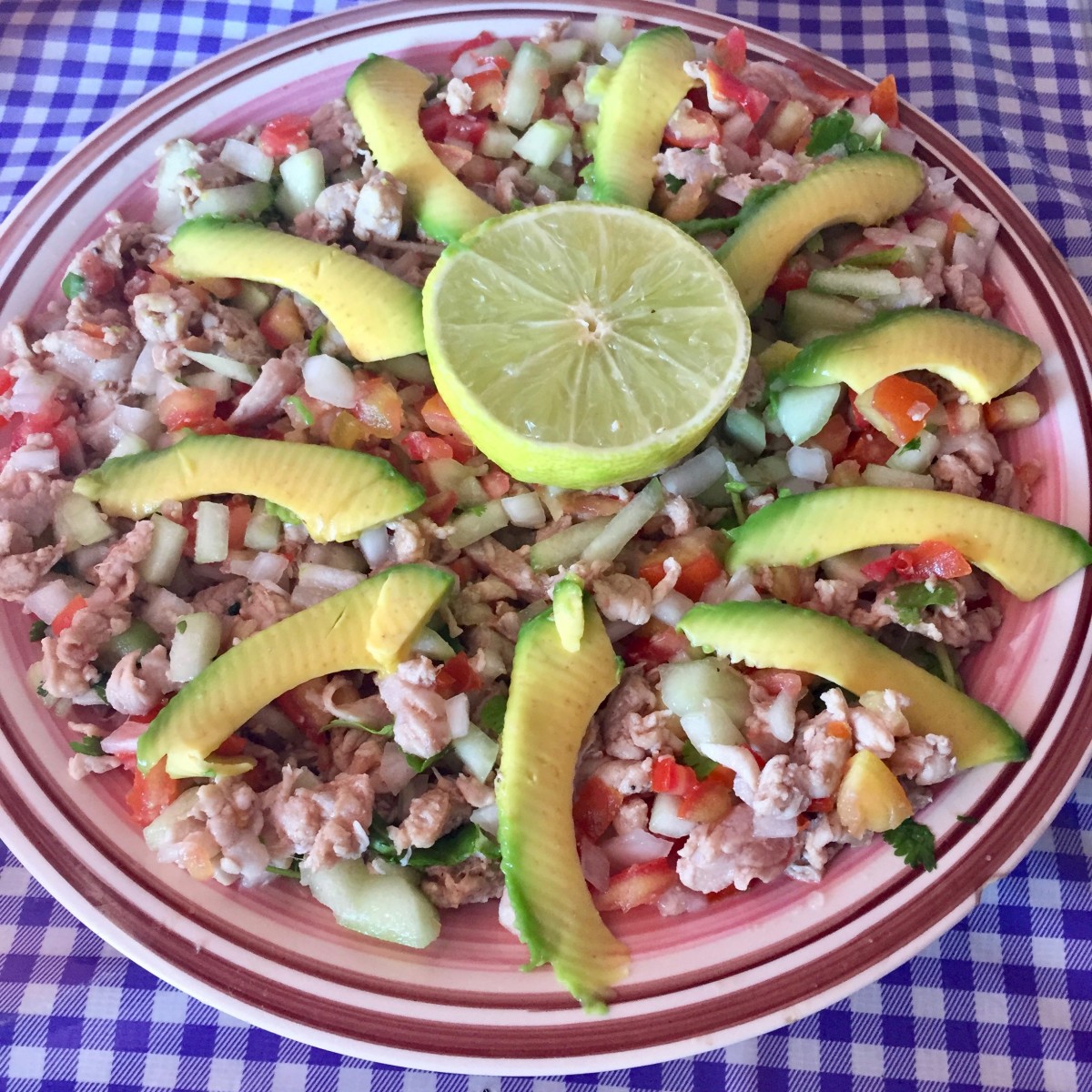 He also travels nationally. The Best Chef takes whirlwind tours of foodie cities in the States — to places like Portland, Seattle, NYC, Austin, DC, Baltimore, San Francisco, and Napa/Sonoma — to seek out culinary inspiration. He starts with a reservation at a fancy, famed place and then discovers the hidden gems by asking the right questions to hotel staff and bartenders.

Jolly is already planning his next adventure. It will likely be to Argentina and Peru to discover more about open flame cooking techniques, the flavors of Argentinian gaucho BBQ, and the world of chiles around Peru.