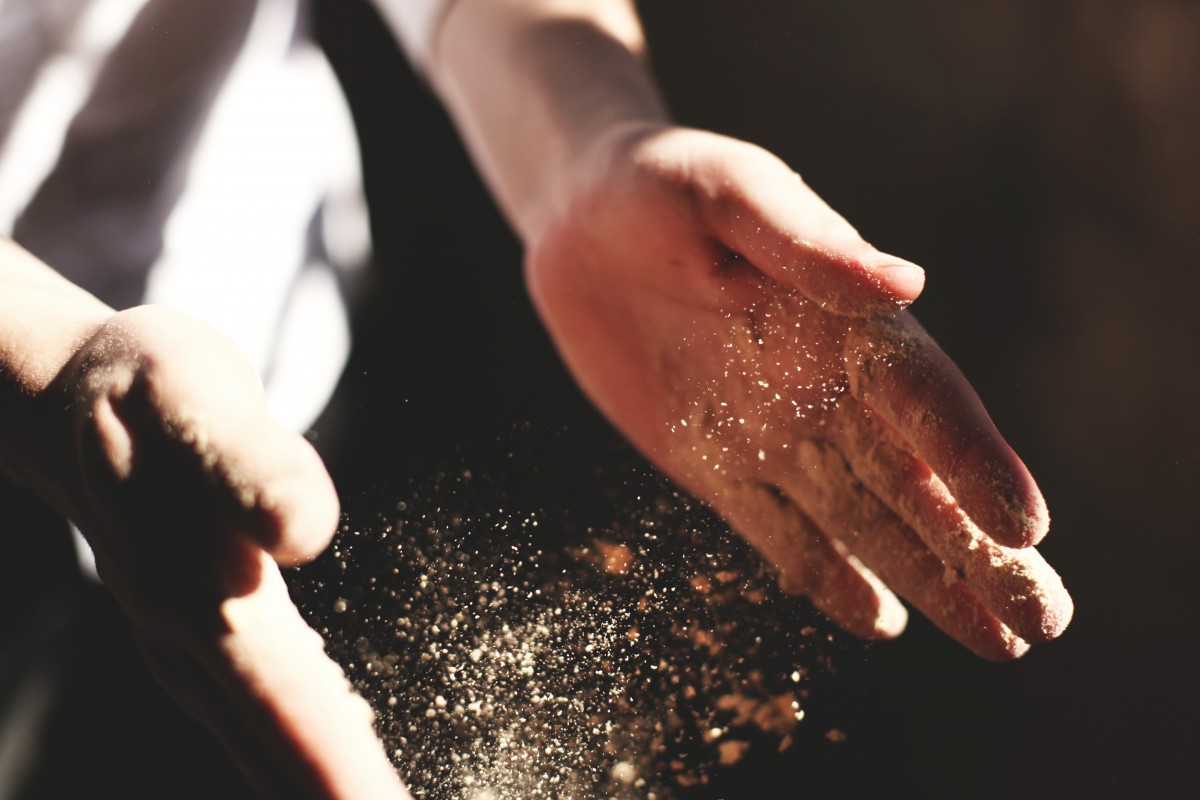 You've built an audience. You have an arsenal of dishes you can recite from memory. You've carved a niche and you've got stories to tell. A cookbook could be your next career move.

We live in a time when restaurant quality food culture is rapidly expanding into people's homes. Chefs are the creatives in the spotlight whose passion for cooking, when put on paper, can elevate the doldrums of domesticity. Their ingenuity breaks the monotony of the Trader Joe's frozen meals and other default dishes the average person makes on repeat.

The new wave of food bloggers share their low-maintenance recipes online for free. Professional and classically trained culinary artists save their favorite original dishes for the glossy pages.

Cookbooks are selling. Publishers are profiting off chefs who have pretty faces and drool-worthy dishes. Chefs now have the power to make books fly off the shelves.

Highly-recommended cookbooks from our Best Chefs come in all different styles. What they have in common is the intention to teach. 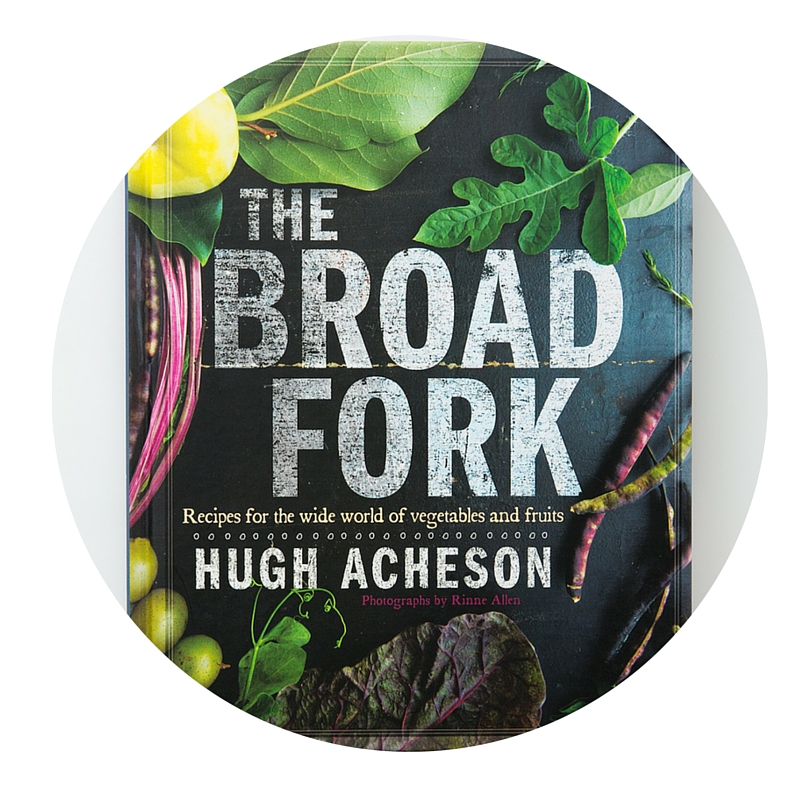 Hugh Acheson's The Broad Fork: Recipes for the Wide Word of Vegetables and Fruits is the follow up to A New Turn in the South and the "cookbooklet" Pick a Pickle. The Broad Fork is complimented for the way Acheson's voice remains present on each page. His recipes appeal to amateur cooks as well as people who are willing to experiment with more intricate dishes that use many ingredients. Acheson will show you what to do with anything that ends up in your CSA box. All of his recipes are designed to highlight the flavors of the many vegetables in every harvest of any season. 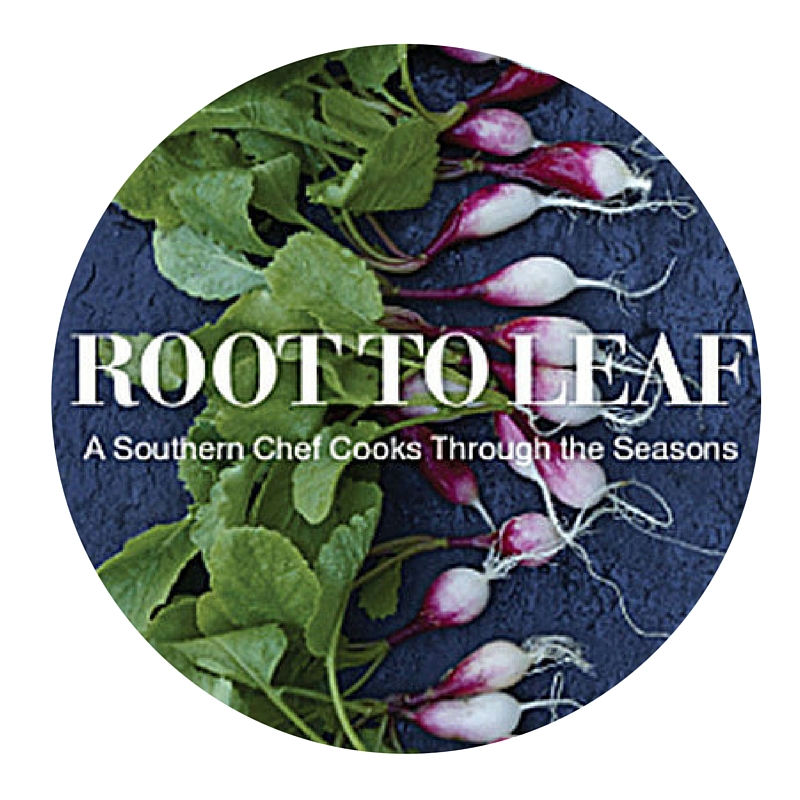 Steven Satterfield, another Georgia-based chef, published Root to Leaf: A Southern Chef Cooks Through the Seasons as a vegetarian spin on the nose to tail movement. Satterfield, the head chef behind Atlanta's Miller Union, preaches the philosophy of no carrot top left behind. He tackles the eccentricities of over 80 forms of produce, so every part can be cooked to perfection. Although he's an advocate for underdogs, like turnips and kohlrabi, Satterield says he has a hard time picking favorites and always looks forward to the turn of a new season. 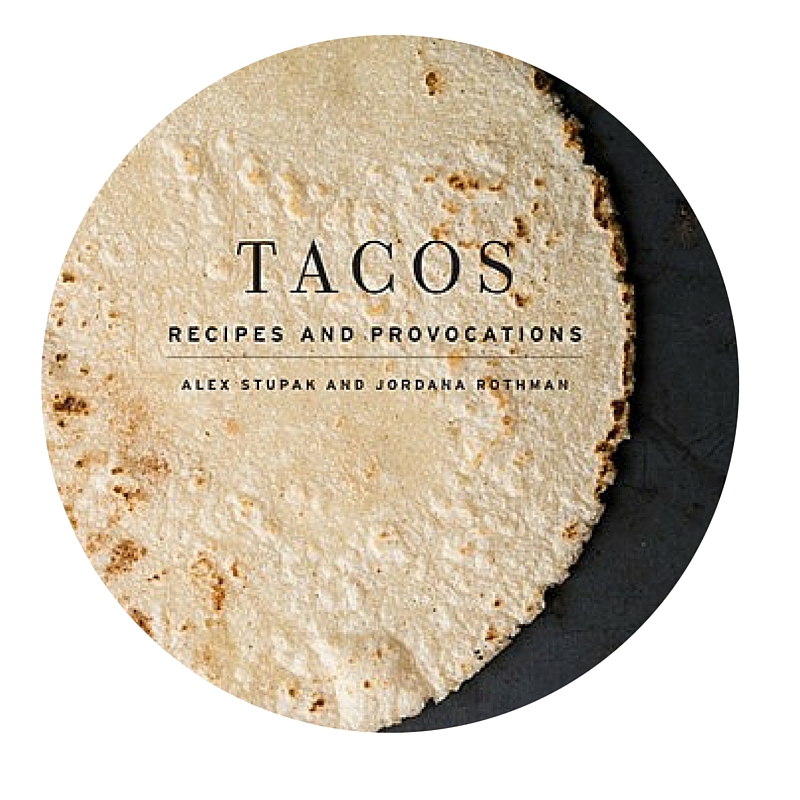 Tacos: Recipes and Provocations by Alex Stupak is an ode to the beloved Mexican street food that has become so closely associated with casual cuisine in the US. Stupak fills his tortillas with ingredients ranging from eggs to pastrami. In the Introduction, he calls himself out for being a white man who's writing a book about the cuisine from a different culture (albeit a border away). He does, however, do his due dilligence, closely investigating the cultural history of Mexico to elucidate his understanding of their culinary traditions. Stock your pantry with lard, guaje seeds, and cotija cheese. Stupak will also show you what to do with all those different types of chilis. 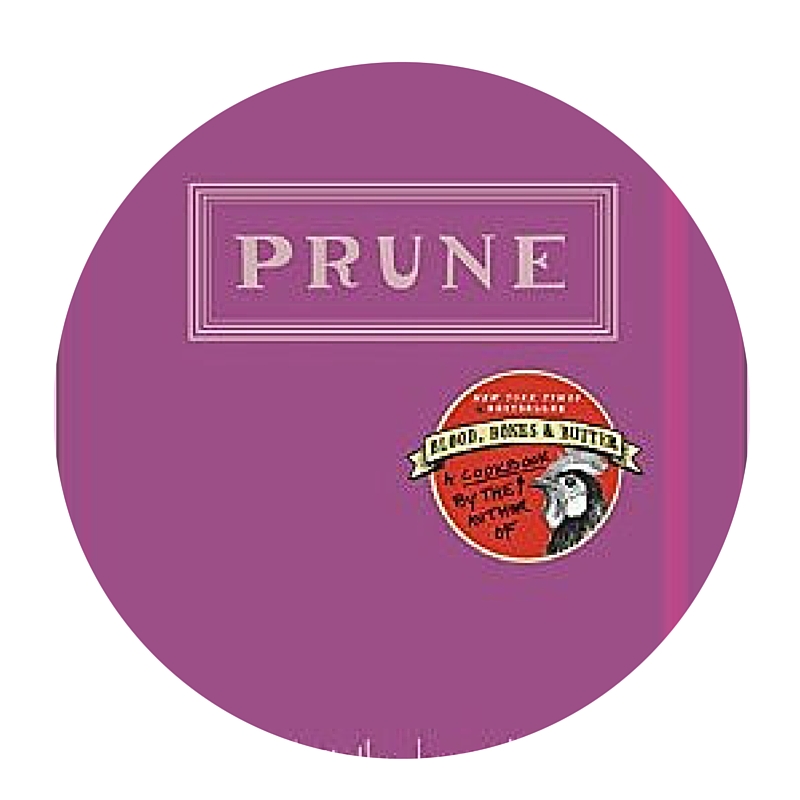 Gabrielle Hamilton has been feeding people at her one beloved restaurant Prune for over 15 years. Prune, the cookbook, pays homage to the dishes that have kept lines of people standing on the corner of 1st Street and 1st Avenue in the East Village for her famous brunch for more than a decade. Hamilton's cuisine draws upon Italian, French, and Spanish influences. Prune is her second book. Hamilton's first book, Blood, Bones & Butter, is a memoir filled with stories of romance, loss, and the search for meaning that led her to the many kitchens she has grown to love. 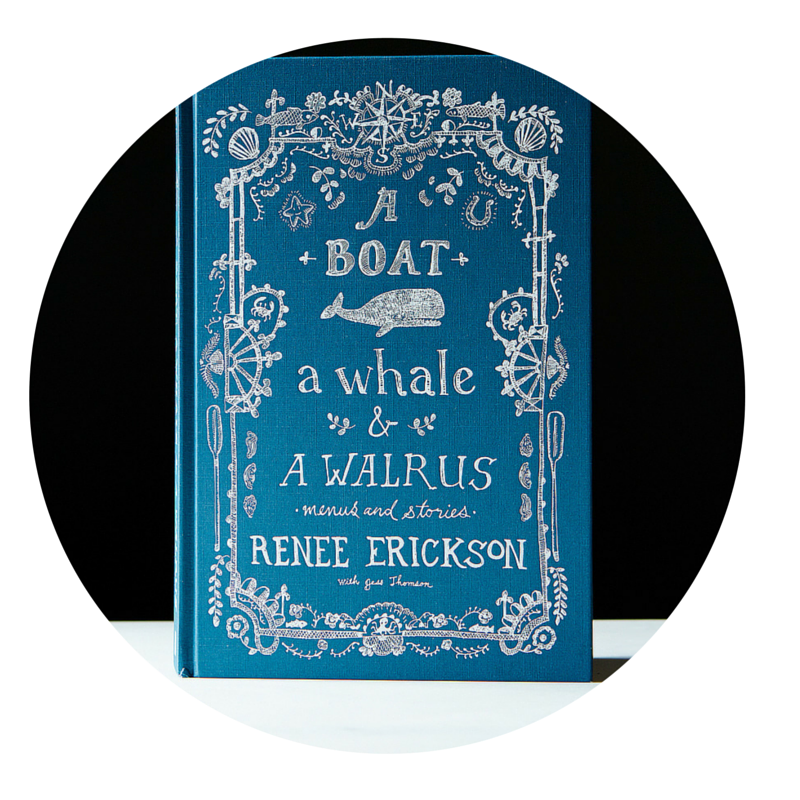 Renee Erickson's Seattle restaurants - The Whale Wins, Boat Street Cafe, Barnacle, and The Walrus and the Carpender - all showcase the abundance of the Puget Sound region. Her book A Boat, a Whale & a Walrus also revolves around the produce of the Pacific Northwest. Her recipes are simple. The stories inbetween create a narrative that makes this visually stunning cookbook enjoyable to read. The recipes are divided into seasons with multi-course meals for each. Seafood, of course, is an emphasis. Erickson says she recommends dishes with clams or making herring butter for people who are penny pinching. 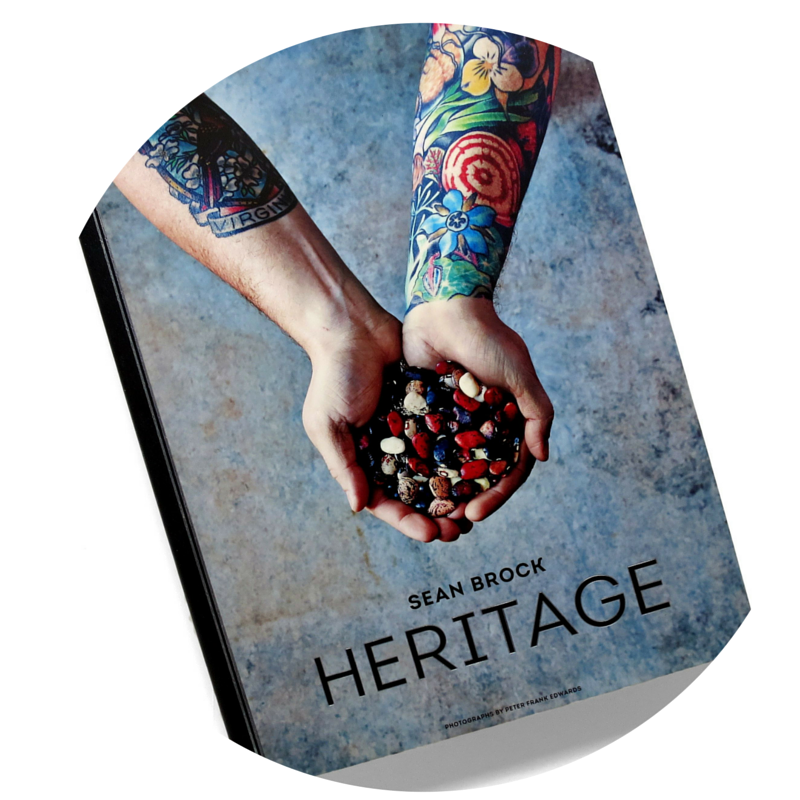 Sean Brock rose to superstar success for spearheading the Southern food revival. His book Heritage honors the heirloom foods native to the Southern region of the US that Brock not only cooks with, but also grows. The chef behind McCrady's, Minero, and Husk is on a mission to preserve the foods that fed the people who built the South centuries ago, like field peas and Jimmy Red Corn. The chef told BCA if he could eat one canned item from his cookbook for the rest of his life, it would be the pickled cabbage or the pickled ramps. Heritage won the James Beard Award for the Best Cookbook for American Cooking in 2015. 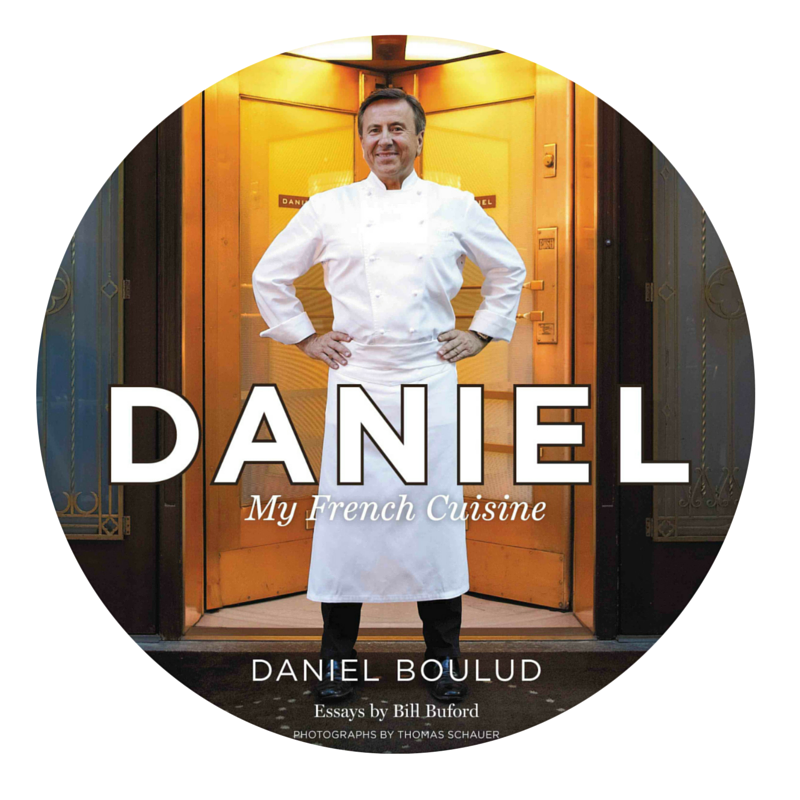 Daniel Boulud's 2013 cookbook Daniel: My French Cuisine is a tribute to this acclaimed chef's longtime love of French food. In Daniel, Boulud shows readers his home kitchen. The book includes 87 recipes from his restaurant Daniel, as well as iconic French food and the regional French meals he serves guests at his own dinner table. Boulud, who was born in France and built his empire in the US and other countries abroad, calls himself a chef with a soul. If he's an American chef with French soul or a French chef with American soul, Boulud says he doesn't know. He shares his life history on the pages of Daniel - from his days as a child on his family farm to moving to NYC to open to his eponymous restaurant and beyond. 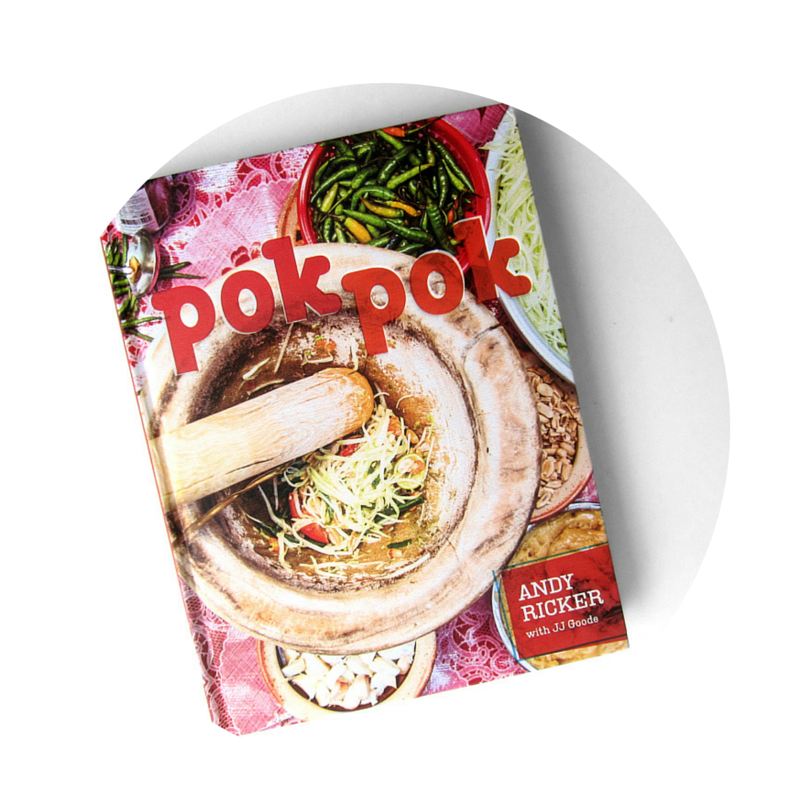 Andy Ricker's Pok Pok is named after his casual, hip, and delicious Northern Thai restaurants scattered across the US. Ricker's style of cooking is most inspired by the food found in the Thai city of Chang Mai. He decided to become a chef while backpacking in Thailand, and spent decades living there. His love of Thai food and culture became an obsession. Ricker moved back to the US in 1995 to open the first Pok Pok in Portland, OR. There are now six other locations. Although it may be difficult, Pok Pok aims to convince home cooks that they can make delicious Northern Thai food in their kitchen. All you need is patience, pork stock, fried shallots, and a lot of fish sauce. 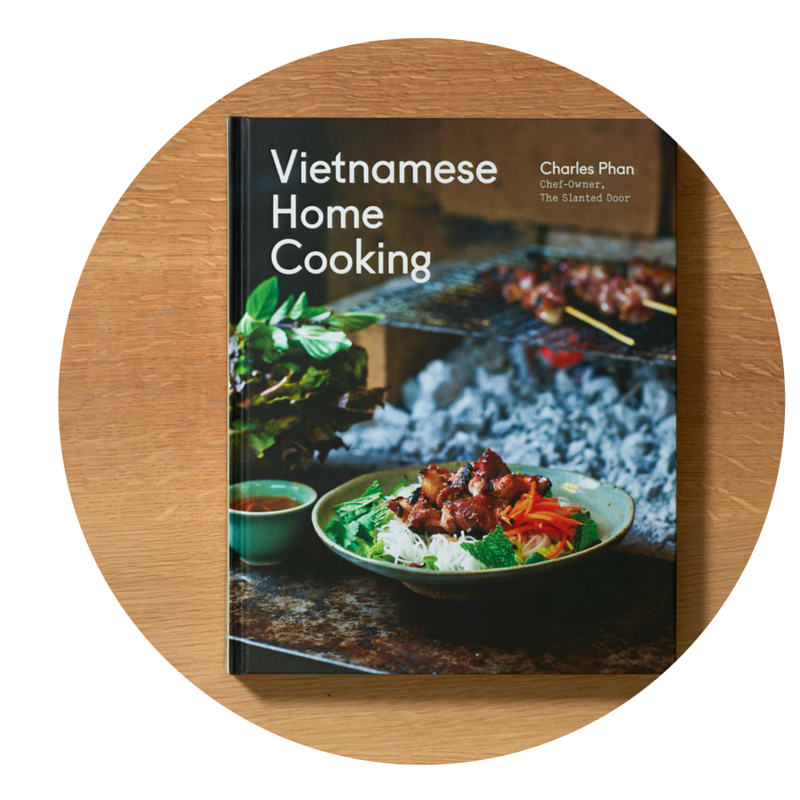 Charles Phan of San Francisco's legendary Vietnamese restaurant The Slanted Door became well-known for preparing farm-fresh Vietnamese food in a stylish ambiance. No bottled sauces allowed! His 2012 book Vietnamese Home Cooking teaches the techniques of steaming, braising, stir-frying, grilling, and frying. The pictures inside display color street scenes from Vietnam, people joyfully drinking Vietnamese coffee, bowls of pho with floating herbs, and reflections in the window of a city meat market. Phan's book is commended for its deep detail, so thorough you could spend years learning and re-learning what's written on the pages. 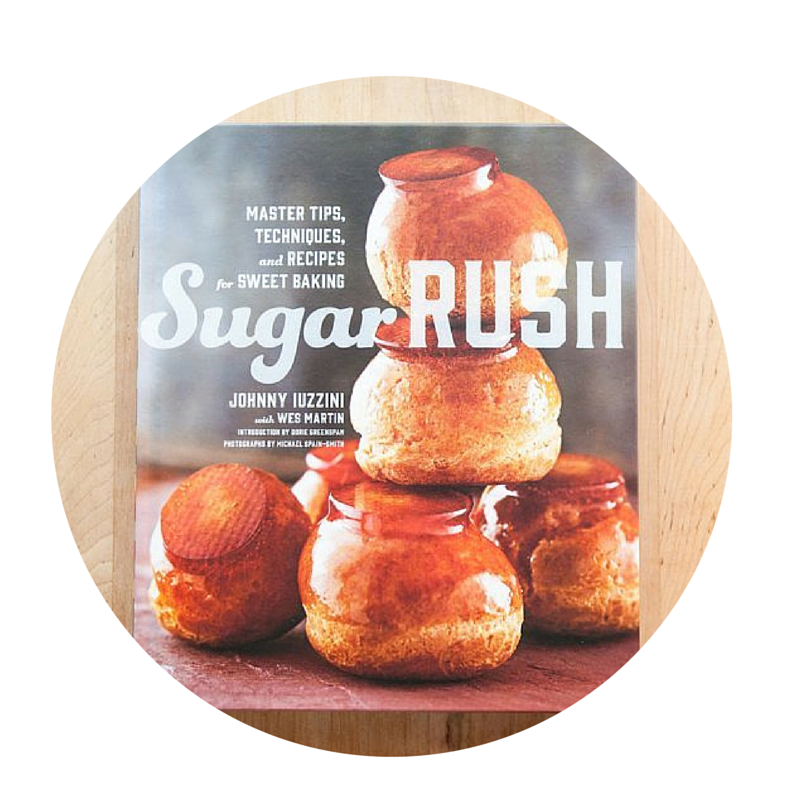 Sugar Rush: Master Tips, Techniques, and Recipes for Sweet Baking has a whole section just on caramel. The recipes inside span the realms of custard to meringue to cupcakes and much more. The author, pastry chef and television personality Johnny Iuzzini, credits the culinary arts for snapping him into focus as a wild teenager living in upstate New York. Sugar Rush shares baking fundamentals and master recipes that people can use their imagination to alter to create their own inventive and impeccable pastries. Photos of the baking process are placed alongside the tutorials, as well as images of the finished product. Izuzzini's book is colorful, masculine, scientific, made with passion, and easy to read.