Is the word running out of fish? What is a foodie to do?

It could all be gone, and soon. 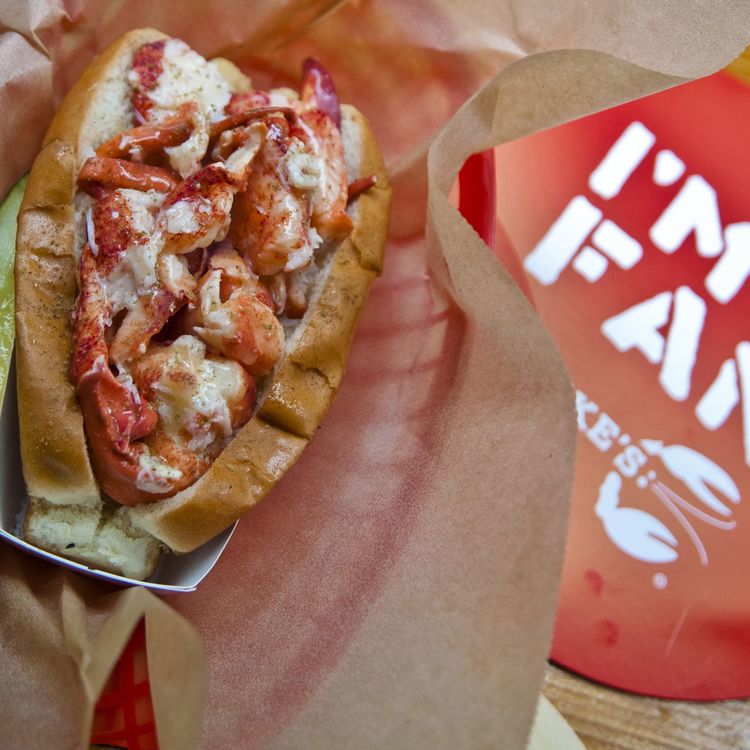 The lobster in the Lobster Rolls at Luke's is harvested using sustainable practices.

Some chefs say fish is the most interesting protein. It is the most romantic to cook - the most delicate and flavor-packed, the most versatile.

As the human population rises, fish populations dwindle. In 2011, people ate more farmed fish than beef for the first time in history. It marked a drastic change in dietary habits. Beef became known as the cause of heart disease, and fish got dubbed the go-to healthy meat. That wild sockeye salmon is full of Omega-3s!

And fish is delicious, without objection; but when you peel back the curtain, you learn eating it is not always healthy: for our bodies, for our conscience, for the well-being of our ecosystems.

The developed world’s pursuit for sustainability has been so sluggish because longterm and short term interests conflict. And we, as Darwinianly-designed Paleolithic humans, have a lot of conditioning to overcome to act in a way that respects the two.

We have to look beyond the pleasure principle to act with foresight. When it comes to food ethics, the belly can no longer rule the mind. We must learn to juggle the immediate economic needs of fisherman, restaurants and grocery distributors, the consumption needs of current and future populations, and the needs of our fragile ecological systems. Anything less will cause businesses to go bankrupt or eradicate entire species from the planet.

Ever since Upton Sinclair’s depiction of the meat-packing industry in The Jungle, the question of whether or not it’s humane to dine on flesh - when it’s oh-so natural to do - has been the omnivore’s dilemma. Pescatarian lifestyles gained popularity because it seemed less cruel to eat a fish that lives a free-roaming life outside industrialized agriculture, than a warm-blooded animal that gets butchered after being bred to spend its every waking hour locked inside a cage.

In the wild, animal populations stay in balance because a good chunk of every species is hunted by larger animals on the food chain. However, because of our technologies, we’ve reached a point where many marine species are being fished above their capacity to replenish their numbers.

Our waters have changed as well. Mercury levels and other toxins in the ocean are rising, along with the amount of garbage on the ocean floor that gets gobbled by bottom feeders. Animal waste from factory farms is dumped into our waterways. The underwater creatures we feast on become as toxic as their environment.

A Commitment to Sustainability

Almost every Best Chef attributes their excellence to the emotional devotion it takes to source ingredients from people who respect the product. Our chefs recognize their power to influence the eating philosophies of our entire civilization. You become a chef to nourish people, not poison them with every $25 plate. You become a chef to celebrate life’s bounty, not destroy biodiversity. It's for this reason that sourcing clean, sustainable food is now the ad hoc practice in the world’s finest eateries.

The U.S. is the third highest consumer of fish worldwide. The average American eats way more than the recommended twice a week, 3. oz intake. We have, however, made a lot progress to replenish our estuaries since passing the Sustainable Fisheries Act of 1996.

To be sustainable, seafood must be caught in a way that:

- minimizes damage to the environment

- ensures species survival (for ex. fisherman are forced to throw females who can still reproduce back into the ocean)

To keep your finger on the pulse of what’s sustainable requires time and education. What's considered sustainable is constantly in flux with every season, according to every region of the world. It’s up to suppliers and consumers to stay aware of all the shifting variables to understand the impact of their actions.

What You Can Do

When chefs buy from local, domestic fisherman or a CSF (community supported fishery), they ensure the fish has been sourced from a well-regulated fishery. Buying local helps you bypass the deception that happens with every exchange in the food distribution system. You can be sure the product is fresh, the fish is harmless to eat, and that the fisherperson is getting the most money he can for his/her hard work.

All the information you need to purchase seafood ethically is widely available - online and beyond. Here are websites, books and other products to guide your pursuits:

•    Friend of the Sea (the largest sustainable seafood certification project)