Opening a restaurant is a decision that everyone who works in the culinary arts will likely consider as they examine their career trajectory. Those who do are driven by big dreams, as well as the understanding that starting a restaurant is a gamble. There is no promise of economic security. However, if you have conviction, if you constantly improve your food quality and make shrewd financial decisions, you can build a restaurant that withstands the tests of time. 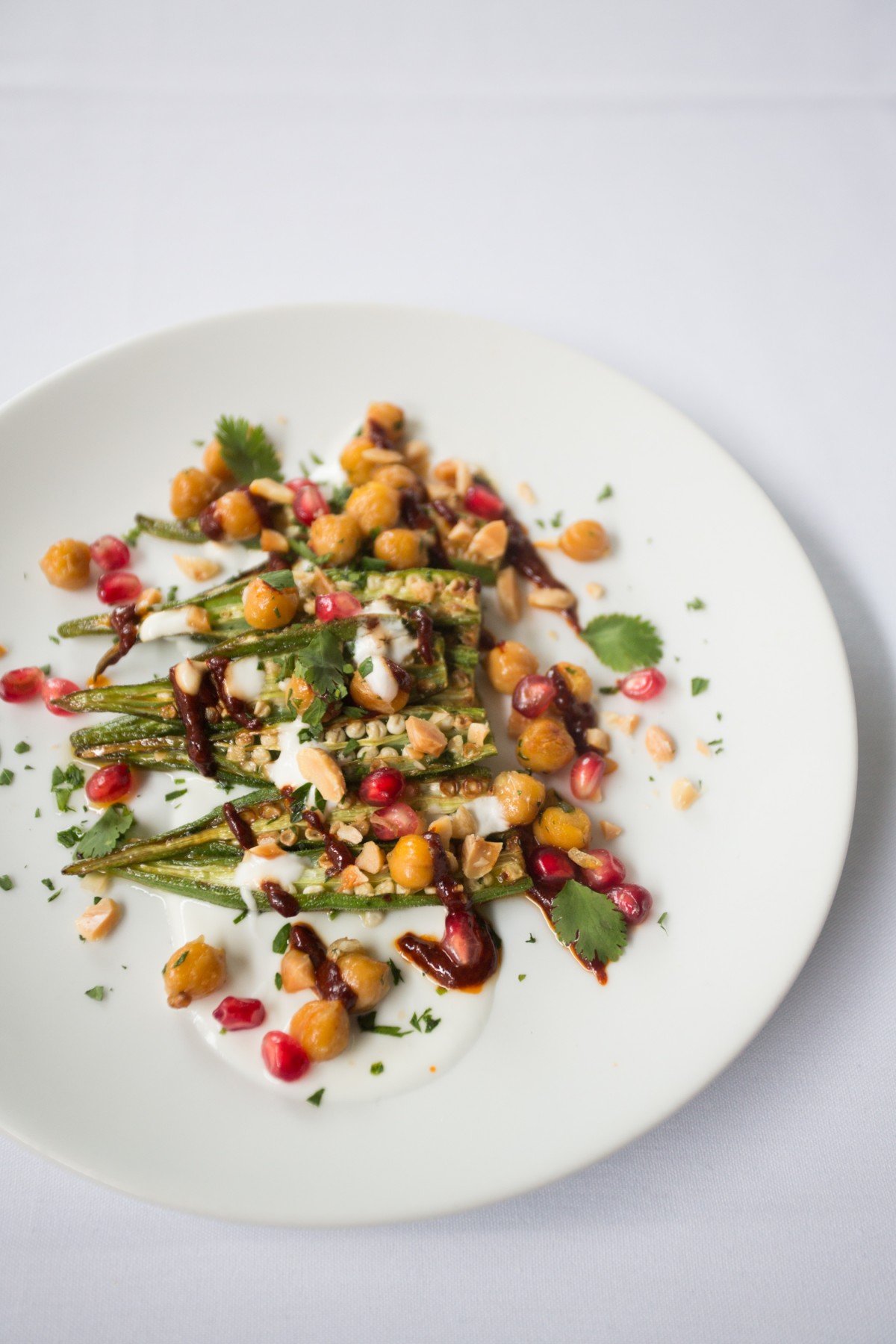 Okra and Chickpeas at The National in Athens, GA

Being a restauranteur is high status and low pay.

“There are much easier ways to make far more money,” says Peter Dale, the chef-owner of Seabear Oyster Bar, The National, and Condor Chocolates in Athens, GA.

Because 60 percent of restaurants fail within the first year, big banks are often hesitant to issue loans to restaurant projects with first time owners.

"A lot of sophisticated investors won't touch restaurants," says Eric Banh of Seattle's Monsoon, Monsoon East, Seven Beef Steakhouse, and Ba Bar. "I got into the business because I'm crazy. Do it for the love of it or else you're dumb or delusional.”

You'll have better luck getting a federally backed loan from the Small Business Administration, or perhaps a local lending institution. You'll need collateral. The loan will take around a year to secure. You will become well-versed in dealing with bureaucrats. You'll need patience.

Without a doubt, you'll have to adapt your business plan once the restaurant is open. However, with a solid road map you can also attract the attention of a private investor - someone with a lot of capital who is willing to give you a loan with smaller interest rates than a bank in exchange for perks at your restaurant like VIP seating or a certain amount of discounted/free meals each month.

Krista Kern Desjarlais, of Bresca and the Honey Bee and the upcoming bakery The Purple House, thinks that most restaurants fail because people haven't financially planned for the worst. There will be delays in construction, zoning, and gaining licensure. Extra costs always show up during the design process. You’ll need reservoirs of cash to pay for overhead during thin times, or if you aren’t slammed the moment you open your doors. It takes most restaurants at least a year to start making a profit.

Opening a restaurant means bills, lots of them. You can have the best intentions. You can acquire all the pieces of the puzzle - the money, an innovative concept, excellent food, a warm and friendly staff - but you can never know if your restaurant will click with guests until it does.

And once you have a stable business, often the only way to give yourself a raise is to open another restaurant. If it's not successful, you'll end up with a pay cut.

There are business people who grow to have an arsenal of eateries. On the outside they seem super successful, like they own entire city blocks, and some of these restauranteurs are making millions. Many are shifting their debts from each location to keep the restaurants alive. The empire is a house of cards. No one is earning money.

"That's why I'm happy to have small places," says Desjarlais. "If that were me, I'd be throwing up every day and never sleeping." 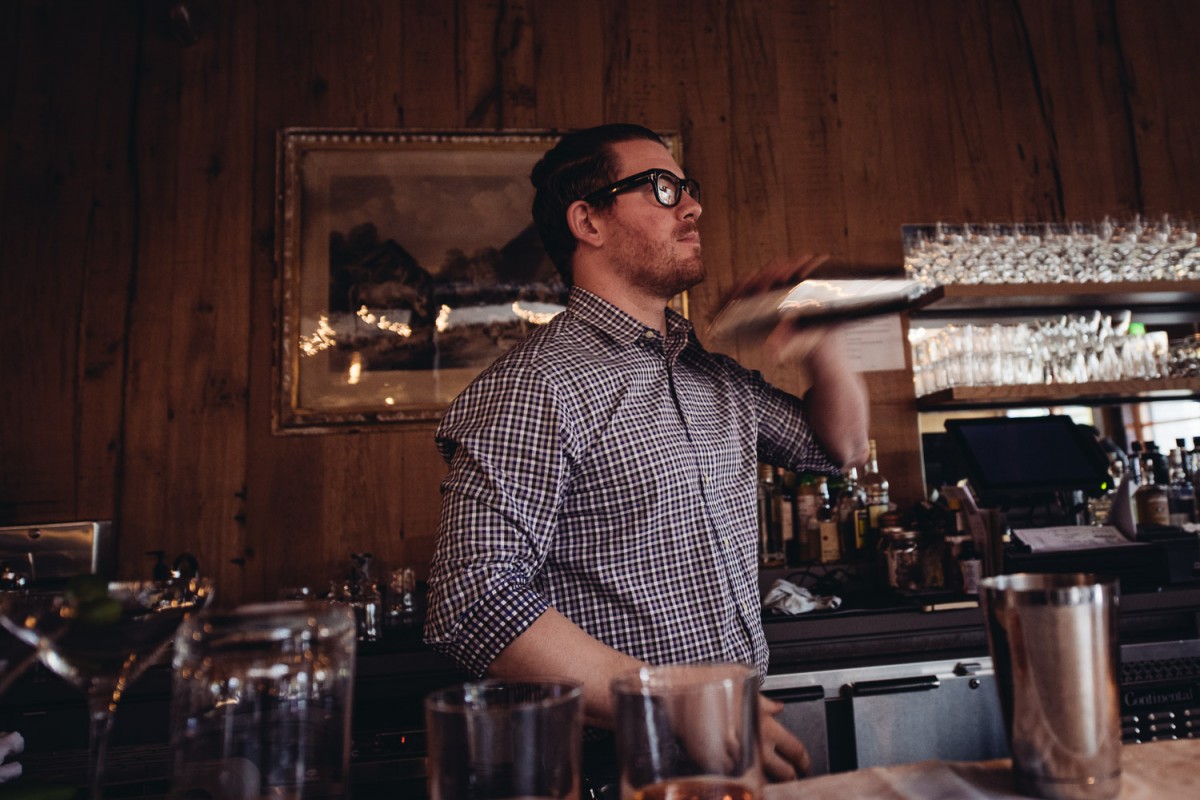 We've all heard about the importance of this before. Location determines what kind of concept you can pull off, how much marketing you'll need to do, if you can lease or buy a property.

If you're like Sasha Miranda, the chef-owner of Brooklyn's Miranda Restaurant, you can cook an idiosyncratic cuisine like Spanish-Italian fusion and stay open for eight years and counting. In a market like New York, every ethnic cuisine is represented. The public demands something unique. Miranda gets to cook a style of food that is incredibly personal to her. In a place like Athens, GA — the Southern college town where Dale runs his restaurants -- fusion food is far less likely to survive. Your concept must always be tailored to your location.

If you live in an economically depressed city like Detroit or Sacramento, you can purchase your building. You can buy a restaurant from an owner who's ready to retire. For people who work in vibrant, high-cost cities like Banh in Seattle, Washington or Miranda in NYC, leasing is the only option. If you don't get a good deal, your rent price can make you go under.

The ability to own a space is another reason why Desjarlais opens such tiny restaurants. The Purple House is built out of a 540 square foot cottage in North Yarmouth, Maine — about 15 minutes from Portland, Maine.  She also owns the building on Sabbathday Lake, where she operates Bresca and the Honey Bee. Rather than cut a check to a landlord each month, who doesn't even pay for upkeep, she can build equity and with it hopefully some kind of nest egg for retirement.

There are plusses to leasing in locations with booming art scenes and lots of foot traffic. There is less need to spend money on marketing. Without high brick and mortar visibility, you’ll need food bloggers, great word-of-mouth marketing, active social media accounts, and generous press for people to know you're around.

Miranda cooks what she knows. She's part Dominican. Her husband, who runs the dining room of Miranda, is Mexican. After graduating from the Culinary Institute of America, she enrolled in a six-month course on Italian food, and won a scholarship to travel to Italy.

Cook what you know is Banh's advice as well.

"If you want to cook French food, great. If you want to cook Greek, great. Go and live there for a least a year until the cuisine becomes part of you and your identity. Or else, you'll never be able to sell it to your customers and staff,” Banh says.

And whatever kind of food you feature, use English on the menu. When Dale opened The National, a Mediterranean restaurant that utilizes Southern ingredients, no one had heard of za'atar or harissa — and so no one would order dishes described by those items. Dale realized he had to write a few sentences in English to describe each dish or else someone would steer away from something they'd enjoy because it's written in Basque. How you describe a menu item will determine if it becomes a best seller or if you'll end up with 20 lbs. of pork belly going rancid in the walk-in.

Desjarlais also pushes the importance of menu accessibility. She’s making the menu at The Purple House filled with food that people eat regularly — common lunch items executed with fine-dining techniques. The bagels will be montreal-style, baked in The Purple House’s wood oven. Desjarlais will make the cream cheese in house and churn her own butter. She'll host pop up, multi-course dinners one night a month to showcase her creativity in a more formal style. Eighty percent of the menu features dishes people know and love and will eat over and over again. Twenty percent will be experimental. She'll switch that portion of the menu after she sees what sells.

The best way to secure consistent income is to capture regular customers. People's palates are becoming more refined. They need to leave your restaurant thinking the food has value. People are fickle, and when you work in a restaurant, you deal with a lot of them. You'll need to evolve your concept every few years or else diners will get enamoured by the latest trendy opening and leave you for good. Keep reinventing yourself. The restaurant business is survival of the fittest.

Every restaurant is different. The basics of how to get one started are the same. We hope these tips from the pros help you along your way.