Jaime Hernandez is a chef out of water in the small mountain city of Brevard, NC. Jaime’s Creole Brasserie is one of the only straight-from-scratch restaurants in the area. Hernandez also opened Market at 36, a gourmet grocery and butcher, to showcase all his favorite food staples from the Bayou, just last week.

“I brought Louisiana here,” he says.

Brevard is slowly becoming more of a culinary destination, and Hernandez is a chef pushing standards. Some of his current staff members followed him to Brevard from Baton Rogue, where he worked as the executive chef at Juban’s for four years. They believe in his dream.

Now Hernandez is in the mountains, cooking the same food he always has — turtle soup, crawfish étouffée, crab and Boursin bisque, and the same recipe for boudin noir that he learned while holding the blood bucket for his grandfather during a slaughter. Hernandez is not changing his cooking style to fit his new location, and he thinks the people in Brevard respect that.

Creole food is much more than hot sauce. It’s a blended cuisine, incorporating French, African, Spanish, and Southern ingredients and cooking techniques. People from Louisiana hold their food under a microscope. It's highly criticized from within. Cajuns talk about what they’re going to have for lunch while eating breakfast. Cooking is the central task of their lives, and it's something Hernandez grew up doing before he decided he'd go ahead and make it his career after he started to succeed as a line cook.

Market at 36 is connected to Jaime’s Creole Brasserie. It's Hernandez's way to showcase all his creations: his butchered meats, housemade worcestershire sauce, muffaletta sandwiches, gumbo, and more. People may be intimidated to dine at the Brasserie, but they can try a sandwich at his deli and get introduced to Louisiana food in a more casual setting.

Market at 36 opened a day before we visited. The shelves and coolers were mostly empty except for items like cans of Steen’s Cane Syrup, jars of cowboy candy, Ro* tel diced tomatoes, and Jaime’s own blend of roast coffee. The store will soon be filled with beer and wine, daily specials, and other speciality products. 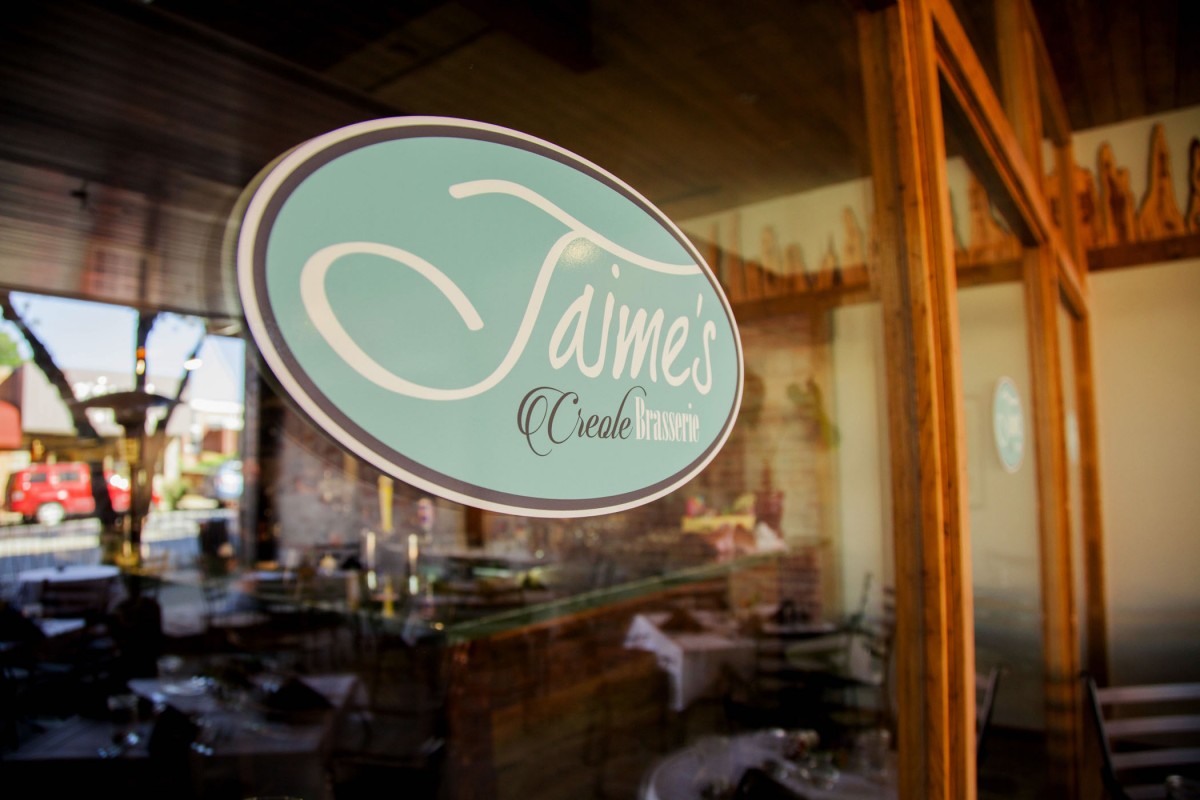 Next door, the long communal tables are filling up in the restaurant for Saturday dinner. Hernandez’s food, like all exceptional contemporary Creole food, is bold and dimensional, remaining loyal to tradition with twists of inspiration. The steak special of the night is a filet mignon topped with crabmeat and mushrooms, over truffled potatoes and asparagus. The grillades are made with tender heritage pork cheeks, creamy grits cooked at just the right consistency, fried leeks, tomato and ginger jam, and gravy. The fried crawfish and brussel sprouts salad with pickled onion, sesame, and shaved radish is his take on the classic crawfish and spinach salad, which can be found in Louisiana, always smothered with honey mustard dressing. Mac and cheese comes in a cast iron pot and is mixed with Benton’s bacon, which Hernandez puts on a lot of dishes.

“It’s almost like cheating,” he says about the widely acclaimed boutique bacon that makes everything taste crunchy, salty, fatty, and amazing. 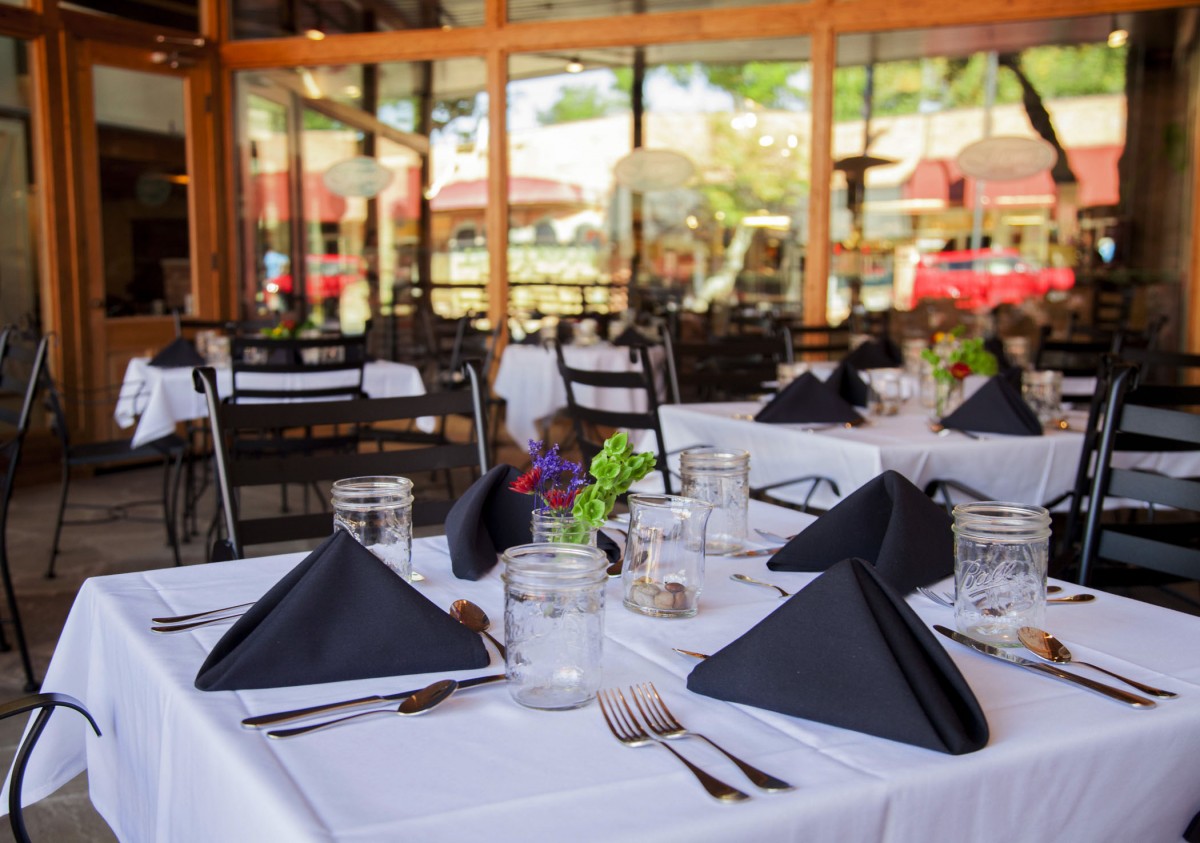 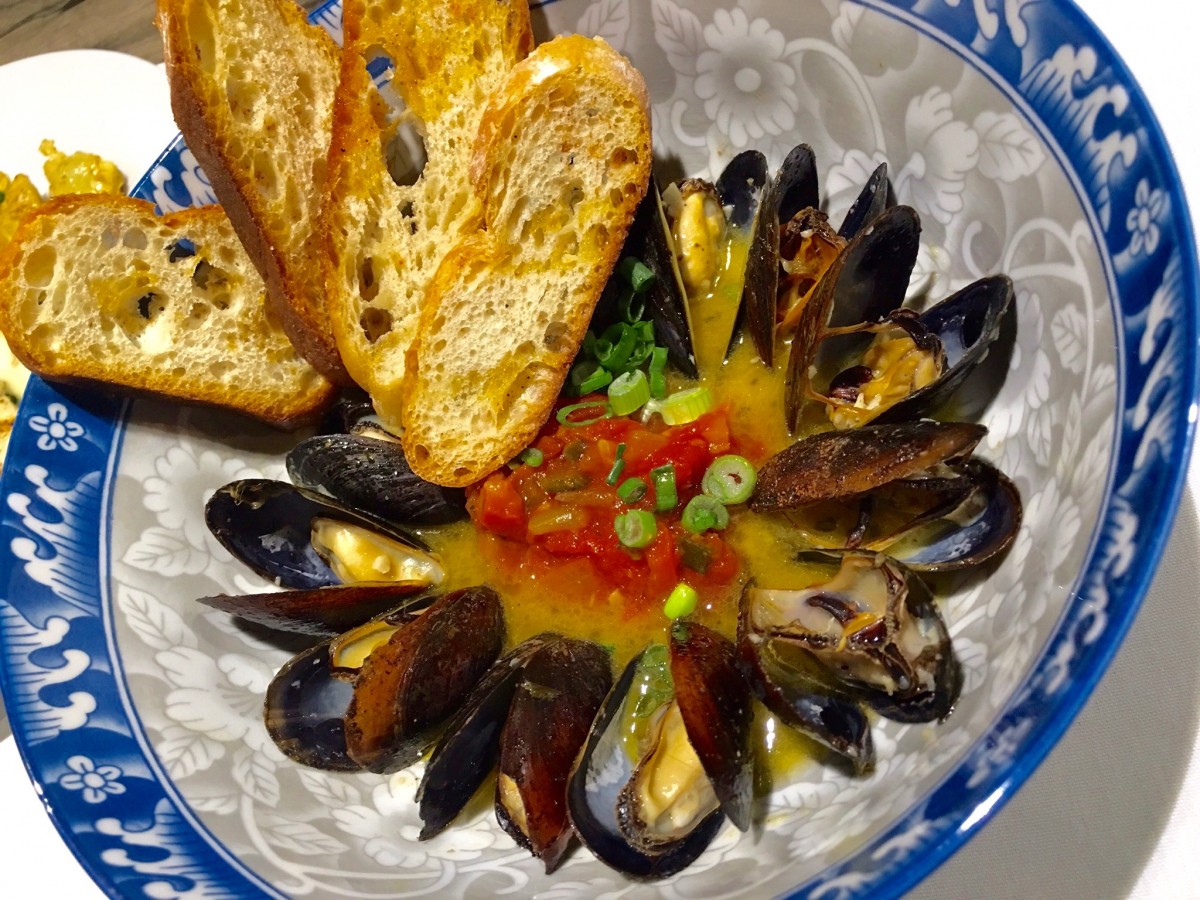 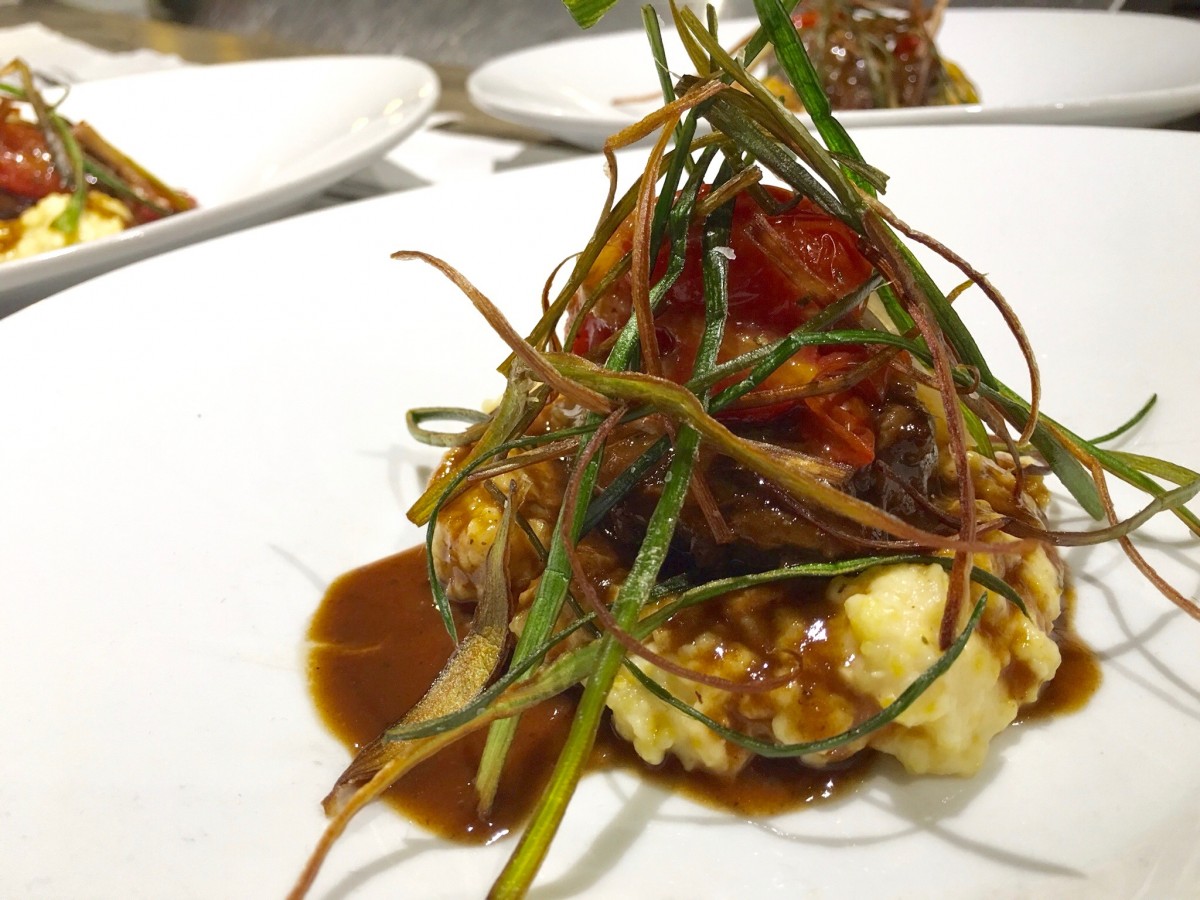 Scratch-made for Hernandez means that, since the day they opened, his wood fire pizzas have been made with the same sourdough starter. It means making his own seasoning blends, mayonnaise, bitters, and Bloody Mary mix. It means using local produce like foraged wild mushrooms and ramps whenever they are in season.

The deserts, which are verbally shared with customers by the waitstaff, are familiar favorites concocted with Hernandez's love of Louisiana and all its ingredients. The white chocolate bread pudding is made with Gambino’s Po Boy buns. Other deserts include bananas foster, beignets, and creme brûlée done right.

There are two approaches a chef can take when carving a niche: to stay in a saturated market and struggle to set themselves apart, or to migrate to a place where they can push to add some diversity to the table. Hernandez has chosen the path of a culinary frontiersman, and the women and men of Brevard seem thankful.

“Whoa!” a customer says in a frenzied state of food euphoira, as we walk out of the door of Jaime's Creole Brasserie. “That was surprisingly good.”