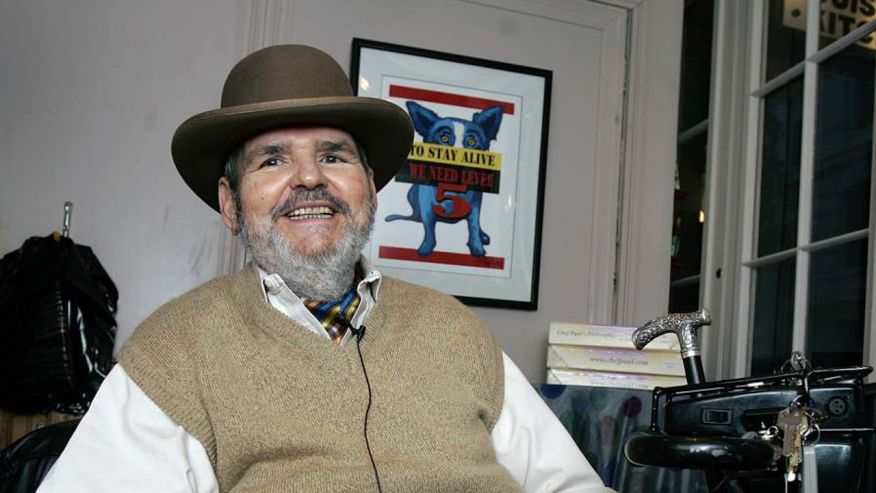 Few chefs, in one short lifetime, have been able to accomplish the wide breadth of achievements credited to Paul Prudhomme. The beloved ambassador for Cajun and Creole cuisine passed away Oct. 8, at age 75. Here is our eulogy.

You’ve been touched by his creations, although you may not know it.

He’s the well-recognized face on the container of Magic Seasonings. He invented the turkducken - a deboned chicken, stuffed inside a deboned duck, stuffed inside a deboned turkey. He is considered by some to be the chef who started the farm-to-table movement, bringing his Louisiana farm boy roots with him wherever he cooked. Without his ebullient, winsome personality and stubborn loyalty to traditional Cajun and Creole cooking, dishes like gumbo and jumbalaya (made from leftovers and rice) may never have made it into the mainstream culinary scene.

Prudhomme rose in popularity to become a public figure, during a time when chefs hid inside the kitchen. He transformed homely Louisiana food into refined and imaginative fare, packed with flavor. Best Chef Frank Brigsten, who was the first night chef at K-Paul's, said he never used a recipe. He cooked through taste alone. He had the perfect palate. Prudhomme inspired people throughout tumultuous times in U.S. history with his honesty and generous spirit - his simple and unpretentious food.

A timeline of Prudhomme's culinary resume

[1957] Chef-owner of Big Daddy-Os Patio - a hamburger joint in his hometown of Opelousas, he opened up with his first wife (the restaurant lasted 10 months, along with his marriage)

[1973] Opened the restaurant at Maison duPuy

[1975] Hired to be the executive chef of The Commander’s Hotel - Prudhomme was the first American chef ever to run the kitchen here. Emeril Lagasse eventually took over the position.

[1979] Opened K Paul’s Louisiana Kitchen, with his second wife Kay, as the chef-owner - a notoriously hard to get into, down-home and dirty Cajun restaurant with some Creole dishes

Prudhomme appeared on the cover of Bon Appetit for an article on gumbo. That’s when he first publicized his name and showed the world what gumbo was about.

Prudhomme published about a baker's dozen of recipe books. Here's a handful:

In 1980, Prudhomme was dubbed a knight (Chevalier) of the French Ordre National.

If you subscribe to the quote, "never trust a skinny chef," than you have great reason to invest faith in the talent of Chef Paul. Prudhomme was so large, he would often get stuck in chairs. At one point, he weighed 560 lbs. and was just over five feet tall.  Right before he died, he was down to 220 lbs.

Prudhomme created such hype around the dish that the population of redfish in the Gulf almost disappeared. Blackened Redfish made him known for his expert seasoning blends.

In 1985, Prudhomme opened a pop up restaurant on Columbus Avenue in NYC. He went to New York “to have an adventure.” The restaurant was quickly shut down after inspection by the New York City Health Department due to 29 code violations. Prudhomme launched the pop up anyway. He was used to dealing with the New Orleans Health Department that could bribed with some country cooking. What he started became known as the Gumbo War.  Mayor Ed Koch had to come to K-Paul’s to close the shop and arrange a ceasefire. However, for the five weeks it was open, Prudhomme cooked in the borrowed storefront, feeding lines of people that were often four blocks long. A few years later, he opened a permanent spot, K Paul’s New York Kitchen.

It's said that humans die two deaths: the passing of our physical body and the last time someone mentions our name. The presence of Prudhomme will surely be missed by friends and family and the people he cooked for, although his legacy is far from gone.