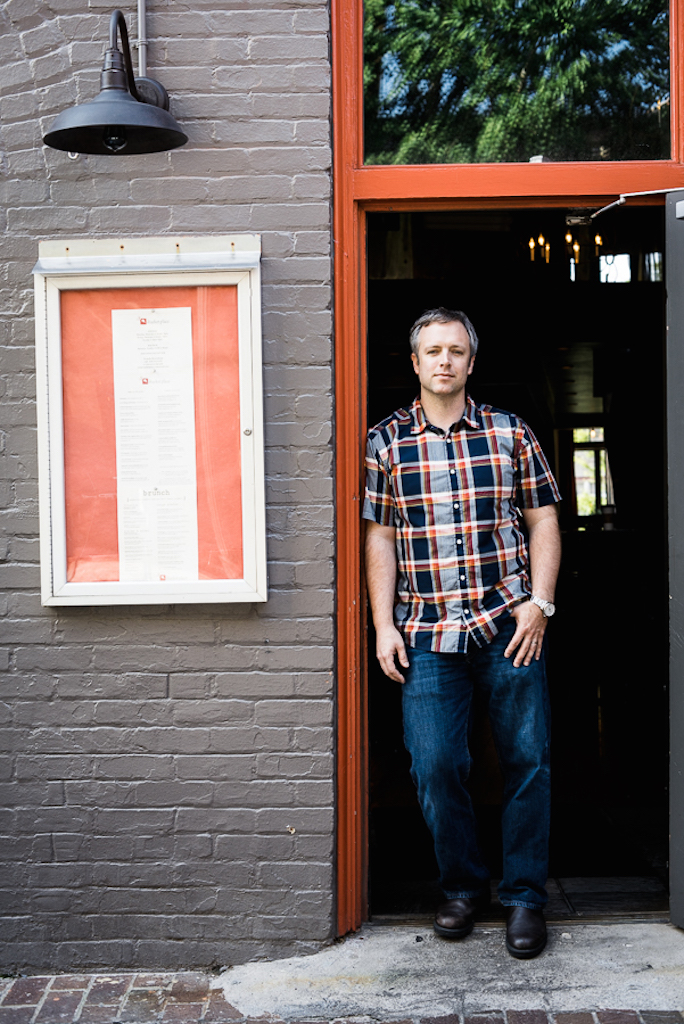 It is about to snow over a foot in Asheville, NC. William Dissen, the executive chef and owner of The Market Place Restaurant, is preparing for a food photo shoot with the talented Johnny Autry for his restaurant’s new website. Except the florist wont make it in today, so they’ll have to postpone. And no one will make it in tomorrow. Almost every table will cancel their Saturday night reservation to avoid becoming another car turned upside down on the icy interstate.

The Market Place Restaurant is in its 37th year. It’s the second oldest restaurant in historic downtown Asheville, a Southern city teeming with artisans and farmers that has slowly become a food hub for high country cuisine.

“I didn’t expect Asheville to explode the way it has,” says Dissen. “The chefs here are hyper-collaborative. You can borrow a cup of sugar from your neighbor, or veal sweetbreads. It’s great! We push each other really hard to make our community a better place.”

Dissen says Asheville became a more vibrant culinary destination during 2008 - 2011, the years of the recession. Business was slow, so local chefs like Elliot Moss (now at Buxton Hall), Kate Button (of Curate), Jacob Sessoms (of Table), and more took the time to experiment. Tourists began to realize the food in Asheville was more than biscuits and gravy. Chefs were cooking modern Appalachian cuisine. 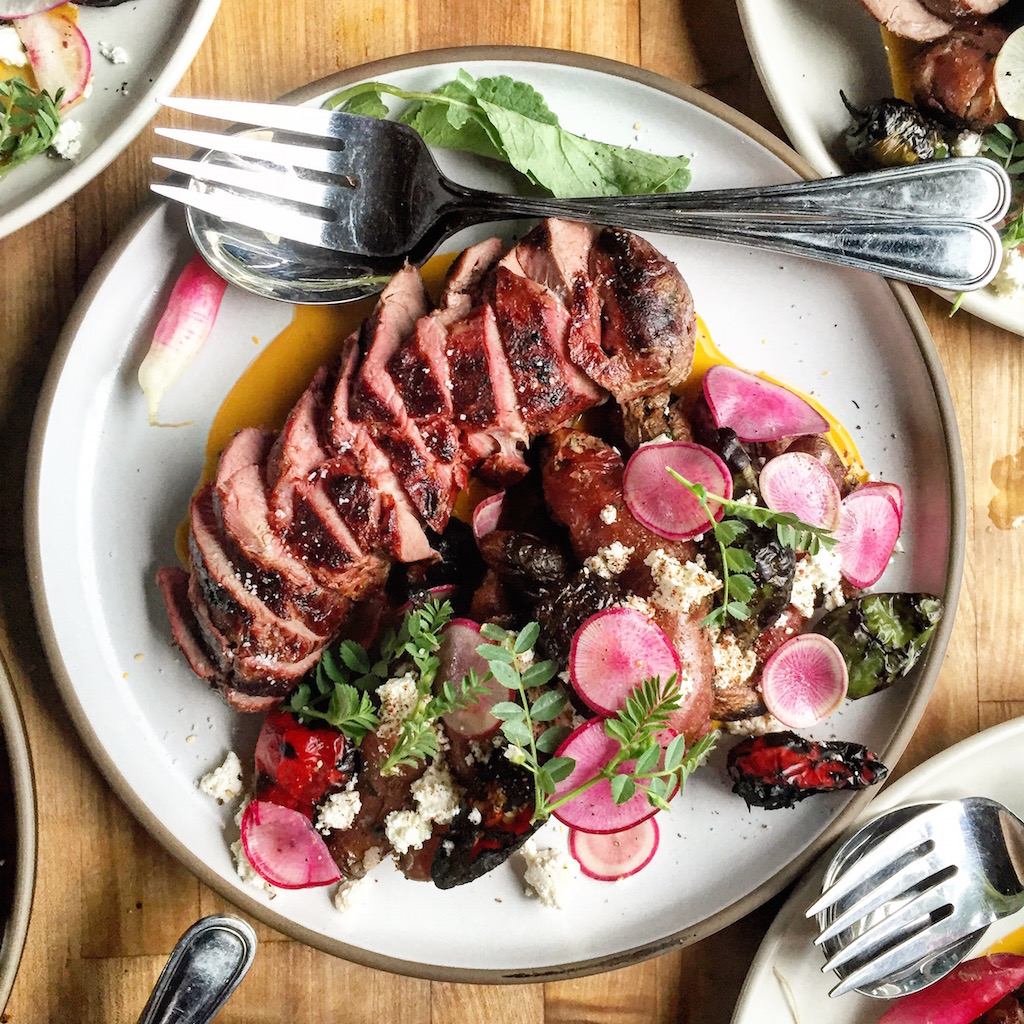 Appalachian food is the backbone of the South — a comfort cuisine born in small bioregional bubbles before there were roads connecting the populated areas of rugged terrain. It’s made of dishes designed to provide warmth and sustenance on harsh but beautiful, windy and snowy winter days. It’s comprised of foraged edibles, soup beans, wild ramps, cornbread, and game animals. It’s food made with the Appalachian values that aim to nourish the community — and that includes growers. Asheville is a great place to be a chef because it's one of the most bio-diverse regions in the world.

New American cuisine, like the kind Dissen cooks at The Market Place, is a difficult genre to define. If anything it revolves around the produce of a region, executed with a melting pot of preparations from around the world. Dissen has created such a close relationship to his purveyors he gets to picks exactly what he wants to showcase on his menus from a Johnny Seed catalog for local farmers to grow. The vegetables arrive to his kitchen hours after being plucked from the dirt.

"I believe in cooking what's in the season and in the moment," says Dissen. "Our cuisine at The Market Place is fresh with bold flavors and ideas that respect the heritage of our past, but take a modern approach to rustic, refined fare."

Dissen previously lived in Santa Barbara, CA — an organic agriculture hub renowned for their weekly farmer’s markets. He says he's more impressed by the produce in Asheville. The farmers living on the Smoky Mountains grow more than commodity vegetables. There are always three different types kohlrabi available, a vast array of heirloom produce. The number of all natural grocery stores and co-ops is multiplying, and it’s impossible to not taste the difference in the quality and complexity of flavor in the food. 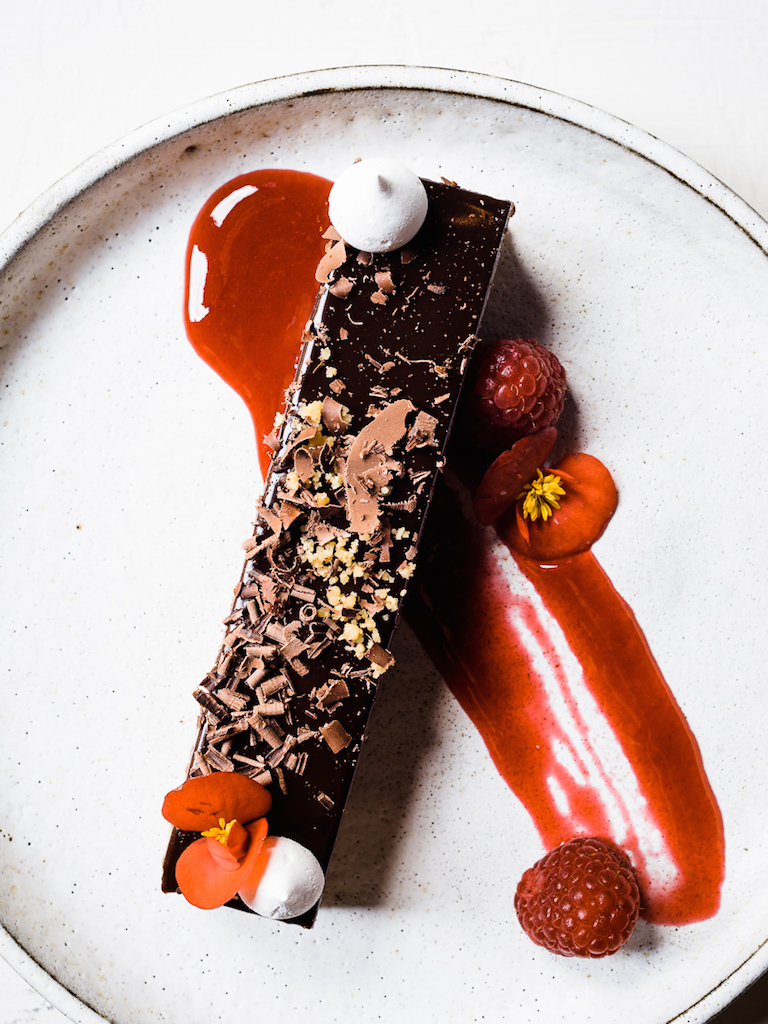 “As a chef you are aways looking for the best ingredients,” says Dissen. “So why not live where they are right at your door?”

Dissen geeks out on ingredients and experimenting with his style of food, and he’s also equally as immersed in the financial aspects of running a restaurant, because sometimes the executive needs to come before the chef.

“You have to be able to look down from a height of 10,000 ft. and see how your operation is functioning,” he says. “It’s about nurturing and feeding people, but it’s also about having a successful retail business and being able to take care of your staff. As much as you need to know about great food and hospitality, you also need to understand the economics and accounting and the cash flows and the pro formas.”

Because The Market Place is a “green” restaurant, Dissen has invested upfront costs on solar panels, LED lighting, recycled paper menus, sourcing local produce, and hiring local craftspeople to update the decor to keep his business aligned with his ethics. Sustainablity in the way he runs his business is fundamental, and he thinks the ethos will allow his restaurant to stay open for another 30 years.

Dissen also realizes he lives during a time when chefs are more than people who put food on a plate. They can be advocates for sustainability and whatever else helps them sleep better at night. Dissen has gone to Washington D.C. to lobby for GMO labeling, child nutrition, and fishery laws. He’s been accoladed as a Seafood Watch Ambassador by the Monterey Bay Aquarium and as one of the 40 most sustainably-minded chefs under the age of 40 by the Mother Nature Network. He participated in the James Beard Foundation's Boot Camp for Policy and Social Change. He knows his role in society isn't solely about cooking the perfect piece of fish. He uses his voice to show other chefs that they can run their restaurants with similar principles and prosper.