When I graduated college, all I wanted to do was cook in a professional kitchen.

I’d been writing about the local food movement that was getting coverage everywhere - thanks to organizations like Slow Food, writers like Joel Salatin and Michael Pollan. By the end of a six month editorial internship, I’d accumulated a respectable amount of bylines for a 22-year-old.

And in my 22-year-old head, there was no better way to serve others than to nourish them. Working in a kitchen seemed beyond romantic. Like Bill Buford in Heat, I wanted to be a food writer who could take apart a station, clear a board of tickets, perfectly sear a scallop, clean a deep fryer.

No one wanted to touch me. Few people in this industry want to train someone without experience. They don't have the time.

I got inside a kitchen after spending eight months working at an eatery as a barista. When I finally did, one of the owners told me, “If you’re still doing this in ten years, I’m going to take you by the ear…”

The editor of the paper I freelanced at saw me dressing her salad one day and stung me with her sense of pity - a look that screamed, "You're making bad decisions, kid."

I’ve learned the naysayers are everywhere.

I’ve heard people who make their living waiting tables and bartending say, “The people who work in the kitchen must have the worst lives ever!”

It's been my experience that hobby epicureans, talking head gourmands, servers, managers, and restaurateurs alike all seem to think that being a professional cook means surrendering to a life that is dead-end and destitute. And it’s not necessarily true.

There are boons and burdens to this industry, for sure. And perhaps the cons far outweigh the perks, depending on your personality. But these prophets of doom - the one’s who condemn all cooks to a class of untouchables - desecrate the dirty work of the chefs who keep food culture alive, and try to do so with dignity. Their tittle-tattles turn away people from working in kitchens who might actually enjoy it, at a time when the amount of people applying to become entry level line cooks is dangerously dwindling.

Note: I've never cooked in kitchens full time. I kept writing on the side. This made the people who worked 70-hour weeks want to kill me for having a life outside of the kitchen when they could not.

However, I did learn. I've learned that professional cooking is not idyllic. It sure looks that way on blogs and on the colorful pages of most food magazines, where PR departments gloss over the details of a chef’s day-to-day living.

When you’ve been working for 27 days straight, 14 hours a day to get a restaurant up and running, and your knees are buckling as you skim the fat off a giant vat of chicken stock — that’s the real life of a chef.

I’ve learned that professional cooking is not so much about creativity.

It’s not about getting a 23-ingredient dish with a coagulated quail egg made as a special. It’s more about picking herbs and mopping floors. It’s more about finding a way to make dishes that will make your restaurant turn a profit for the smallest cost, without sacrificing taste and your utility to customers. The fancier the restaurant, the longer the prep list - and often, the less you get paid because of high ingredient cost.

I've learned the restaurant industry is about seconds and cents.

If you work slower than the guy next to you, the owner loses money. If you fail to scrape every ounce of creme fraiche from the quart container, your carelessness could add up to thousands of dollars by the end of the year. If you're the weak link, you become akin to a dead body on a boat. You have the power to take down the entire crew and ship, and so you will eventually get tossed over.

Running a restaurant is a business. It has little to do with compassion for the vulnerable; although the best restaurants operate like a high-functioning family. 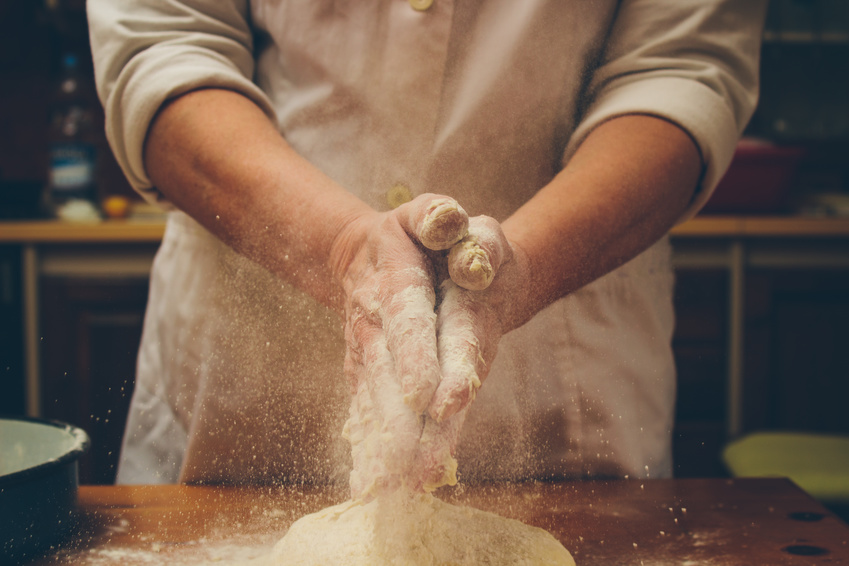 And I also know there are moments when the whirling of conversations in the dining room drown into the distance, and every person working every position seems to flow with each other seamlessly; and somehow you collectively meet in the golden mean between ease and urgency, and cooking for hundreds of hungry people feels like flying.

I've interviewed over 100 chefs. And I've found that the people who work in kitchens, and treat it like a career, have some of the most vibrant, fun-loving, eternally youthful personalities of adults in any industry.

Yet working the line, as chef Paul Kahan said in one of our interviews, “is a young man’s game.”

Bring your notebook. Wear clean scrubs. Be willing to come in early (off the clock), and you’ll move up the ranks. If you’re highly sought after as an executive chef, you may become the owner or partner of a restaurant. You may open multiple restaurants or a catering company. You will eventually have a stake in the success of your kitchen - although it means becoming somewhat of a gambler.

Expect your role in the industry to change. It’s not a stalemate position.

Among the snoots there is an unspoken rule that working in restaurants is acceptable for people in their teens and twenties, who are okay making low wages as long as they can job hop and sow wild oats along the way. Most kitchens ask for at least a year before you can bow out with grace.

Cooking can take you anywhere. You can find a job in any city in the world, learn something new, and leave your past behind you.

However, getting by on the $10-$12/hr that the average line cook makes is becoming increasingly difficult in large cities with inflating rents. You can't afford to get cut from a shift - ever. Especially if you’ve spent anywhere from $20,000 - $100,000 on culinary school. With time, you can eventually bring in $50,000 - $85,000 annually, though you'll cut your teeth to get there. No burning your bridges as you flip chef the bird.

There is a masochistic component to being a professional chef. You are likely to endure abuse that will erode your tolerance for weakness, excuses, any attitude of victimization. In the kitchen, your ideologies don't matter. Your personality is irrelevant. Your sob stories mean nothing.

Can you get the plate out? That's all that's important. That's all your success boils down to.

You must learn to live with long hours with no breaks, low pay at first, hours upon hours of manual labor and repetition. Recognize that you will barely be able to enjoy the food you work to create. Most cooks gobble their shift meals while hovering over a trash basket.

If you’re thinking of getting into cooking, know the reality of the industry behind the whitewash. Decide to do it for the same reason people in every industry put up with the crap they have to, to make it through the day. Do it because you believe it’s your calling.

Do it because despite the fatigue, the judgements from the mothers who don’t want you date their daughters, the minuscule profit margins, and the often thankless days, you see the culinary arts for what they are: a form of cultural capital that fuels humanity.

And if you decide that working in a kitchen is not for you after you've been through all this, every other job you take on will seem like a cakewalk.