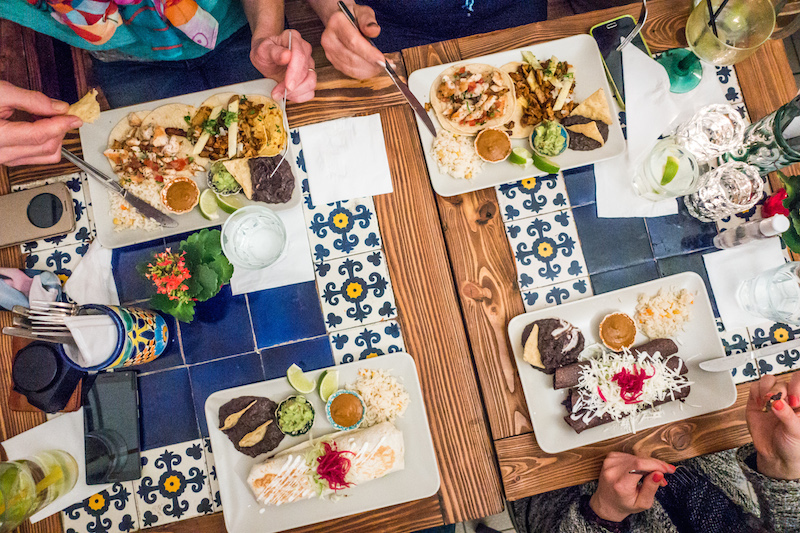 Pop ups are one of the few dining trends to truly take over the nation in the past decade. These temporary restaurants allow chefs an opportunity to create menus that break all the typical rules of the restaurant industry. Today, pop ups are growing at a rate of 82 percent year-over-year. We’ve been in the midst of a bit of a drought as far as culinary innovation is concerned. The public is seeking novelty, which pop ups provide quite famously.

Dan Barber of Blue Hill’s WastED series spotlighted innovative ways to turn food waste that would otherwise get trashed or composted into a first class fine dining experience. Barber worked alongside other Best Chefs like Daniel Humm, Danny Bowien, Sean Brock, and Alex Raij to curate the a la carte menu at the Greenwich Village location of WastED. Each item cost 15 dollars.

Barber reutilized ingredients like pineapple cores, the water in cans of chickpeas, the pulp surrounding the seeds of a squash, fish heads, pig ears, and more to make the dishes. Bruised vegetables, salvaged produce, even the pulp from the juicers at the East Village’s Liquiteria were repurposed. The WastED series was considered so entertaining, cutting edge, and delicious, it’s become an international pop up event with a satellite location in London. Perhaps one day a third of our nation’s food supply will be wasted no more. Barber’s pop up concept proved that it’s possible.

Best Chef Ludo Lefebvre dreamed up the idea of LudoBites — a traveling pop up that took over existing restaurants for sometimes up to a month at a time. He published a recipe and story book called LudoBites to commemorate the journey and share some of the best dishes from his tour. Lefebvre even started a television series, Ludo Bites America, to document his adventure. He's proof that a chef doesn’t need to have a kitchen of their own to be smashingly successful.

Butcher & Bee, a New American, casual dining restaurant in the South that cranks out gourmet sandwiches and innovative side dishes, originally opened in Charleston, SC as a venue for regular pop up events showcasing up and coming, lesser-known culinary talents who cook food from all over the globe. Best Chef Stuart Tracy opened the original location before moving to Atlanta's Parish. Butcher & Bee now has a second restaurant in Nashville, TN.

Diner En Blanc (“Dinner in White”) takes the prize for being one of the largest pop ups in history, as well as one of the widest reaching. The event takes place in over 20 countries. In 2013, the organization hosted an evening in Bryant Park in New York City with over 4,000 guests. Everyone wore white and brought their own white wine. No restaurant could ever accommodate such a crowd. 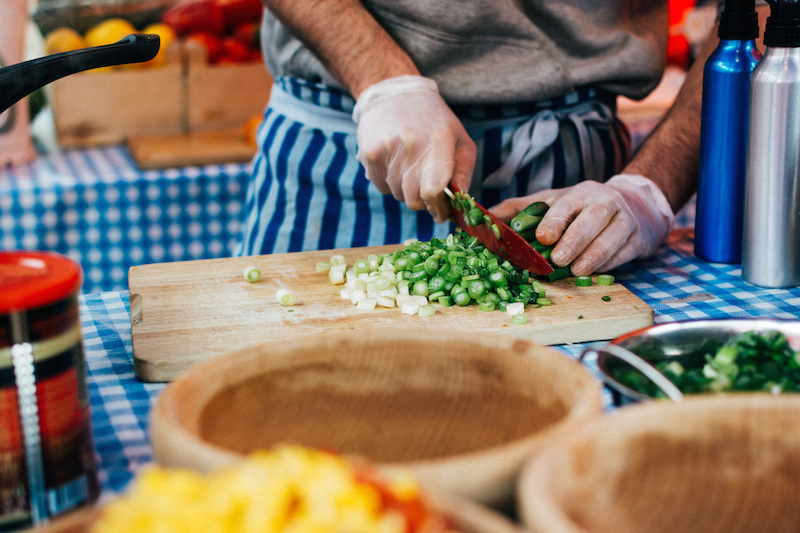 Other names for pop ups are guerrilla diners, guesteraunts, and anti-restaurants. They were once called supper clubs during the tail end of the Prohibition Era in the 1930s. In 2011, pop up restaurants were named one of the most popular food trends in the National Restaurant Association’s “What’s Hot Survey.” Many pop ups are affordable. However, the element of exclusivity created by their limited-time only status makes them high profile. With limited supply always comes increased demand.

Pop ups offer chefs an opportunity to create experimental dishes that would never be economically viable on a brick and mortar restaurant menu. They are a low commitment, low overhead way to incubate an envelope-pushing idea. There’s less skin in the game with a pop up than the investment of starting your own place. You have to jump through less hoops — health code checks, mortgages, fancy kitchen build-outs, and finding funding. Chefs can see if their idea will win popular appeal without having to file for bankruptcy if it fails.

Pop ups are also a great way to raise money and awareness for charities and causes. They don’t have to be formal, though they are usually viewed as a special occasion — a break from the normal. Often, there are other forms of art involved, like live music. Sometimes the location is secret, revealed minutes before opening. Ambiances range from elegant and whimsical to urban and edgy. Pop ups can take place indoors or outdoors, from rooftops to the basement of a city apartment.

They are run much like catering events. A chef has to get quickly acquainted with a new kitchen and sometimes a new kitchen staff. Prix Fixe menus are common.

Many are promoted through social media. Events with high profile chefs often get coverage in local and national - and even international - media outlets.

Some people, like Matt Duckor of Bon Appétite, say the pop up craze will soon end. The idea was once exciting and is now ubiquitous. Ten ingredient dishes don’t always make for a winning plate, and there are benefits to having a real restaurant. Securing a loyal team and running a regulated operation that has been honed throughout the years can often create a more enjoyable and consistent experience than a makeshift event.

Like everything else that's good that comes out of a kitchen, perhaps the pop up craze is also meant to have an expiration date. Yet few can deny that pop ups serve a purpose, for there is nothing like a bit uncertainty and friction to cultivate forward movement in an industry. Pop ups bring chefs together to collaborate. They turn people onto a brand. They are fleeting, with a hype that’s often short-lived. However, with a pop up, the potential for creativity is limitless.