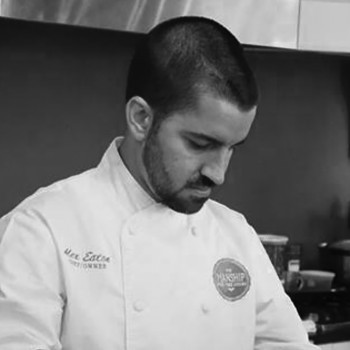 Chef Alex Eaton was born in Jackson, MS. He attended culinary school at Johnson and Wales in Charlotte, NC and worked at Rooster's Wood Fire Kitchen, where he met his mentor execuchef Ramon Taimanglo. Under Taimanglo, he learned to respect food and cook with southern flair. He helped open Table 100 in Flowood, MS, and then went on to travel and work in kitchens to train under James Beard award-winning chefs in Charlotte, Charleston, San Francisco, and Birmingham. He now resides in Jackson, MS, back where he started, with his wife, son, and dog.