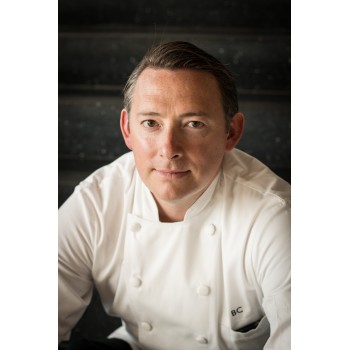 Benjamin Cohn graduated from the University of Arizona with a degree in Art History. After graduating, he moved West and decided to settle in the culinary hotspot of San Francisco. His first restaurant job after college was working at Wolfgang Puck's Postrio - his first exposure to the bounty of the Bay Area. From there, Ben worked with Tracy des Jardins at Jardiniére, where he cultivated a deep understanding of seasonality and developed relationships with artisanal purveyors of sustainable products. At Masa, he perfected his technical skills with French Laundry trained chef Gregory Short. As Executive Chef of Spruce, Ben led the restaurant to their first Michelin star. He has since moved from the Bay and now lives in Santa Monica, CA. He works as the Executive Chef of LA's Westside Tavern. It was his goal to create a community restaurant with a kitchen that focuses on local, seasonable, and sustainable fare. With the Westside Tavern, he has done just that.