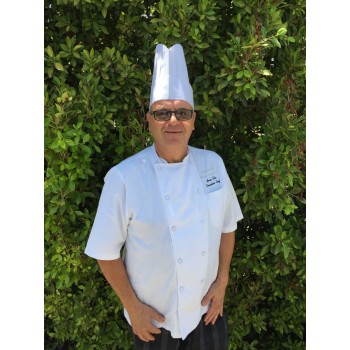 Glin, executive chef of the Parker Palm Springs, is a native of Brittany, France. As a youth, he trained as a baker. As he got older, he wanted to explore the wider world of food, so he apprenticed as a cook in Paris before sailing across the ocean to make his home in Montreal. He work for the Four Seasons and Hilton hotel chains in Canada. As he perfected his culinary and English skills, he migrated west to Texas and California.

By 2007, Glin was executive chef of the prestigious Cork Tree restaurant in Palm Desert, and in 2013, joined The Parker as the executive chef. Glin is also the co-founder of the Pendleton Foundation, which offers financial assistance to Coachella Valley families confronting cancer diagnoses. He’s understands that it’s important to feed souls as well as stomachs.