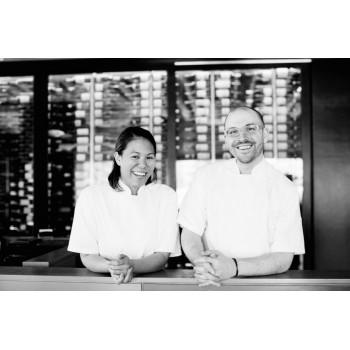 Kim Floresca gained valuable skills working in the kitchens at Per Se in New York, The French Laundry in Napa, Calif., Alinea in Chicago, and elBulli in Roses, Spain. She has worked side by side Best Chef Daniel Ryan for the past ten years. They joined the [ONE] Restaurant team in July 2013 for a rare opportunity to work two executive chef positions, relocating from The Restaurant at Meadowood in Napa - a three Michelin-starred restaurant. It was an opportunity to headline a kitchen as equals and bring their evocative cuisine to the South. Since moving to North Carolina, Kim and Daniel have won Food & Wine’s Best New Chef for the Southeast in 2014 and 2015. Food & Wine also named their beef tartare on beef tendon chips as one of the "7 Killer Dishes of 2014". 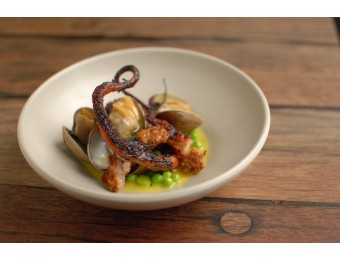