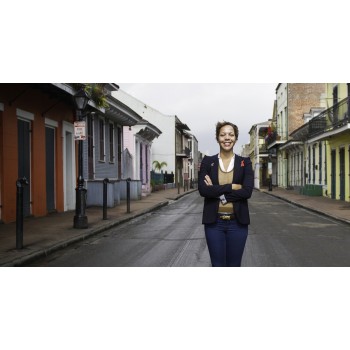 Compère Lapin Chef/Owner Nina Compton has close to two decades of experience manning the stoves of some of the finest restaurants in the country. Graduating in 2001 from The Culinary Institute of America, Nina began her professional journey at Daniel in New York City, working and continuing her culinary education alongside world renowned chef/restaurateur Daniel Boulud and his team. After moving to Miami, she continued to work with the best, joining the crews of Norman Van Aken at the original/iconic Norman’s then Philippe Ruiz at Palme d’Or at the historic Biltmore Hotel. Eventually Nina moved to Casa Casuarina, a private club and boutique hotel in Miami Beach where she rose from Sous Chef to Executive Chef of the small yet highly acclaimed property. During a star turn on BRAVO’s acclaimed cooking competition show, Top Chef, on which she was a finalist and fan favorite, Nina fell in love with the Crescent City. An opportunity with Provenence Hotels lured Nina to New Orleans where she opened her first solo restaurant, Compère Lapin, at the Old No. 77 Hotel & Chandlery in the Warehouse District. Since opening in June 2015, Compère Lapin has received critical acclaim including a rave review in The New York Times, Top 10 Winner of Playboy's Best New Bars in America 2016 and “Best New Restaurant” nods by New Orleans Magazine and Times-Picayune. In 2017, the talented toque was named finalist for James Beard Awards “Best Chef South” and has been named one of Food & Wine magazine’s "Best New Chefs 2017". In addition to her huge success on her first restaurant, Nina is also currently the culinary ambassador for St. Lucia, where she was born. 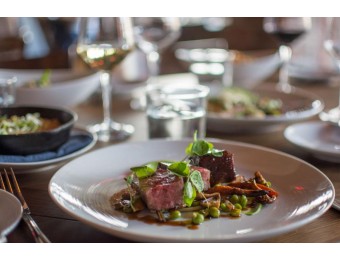 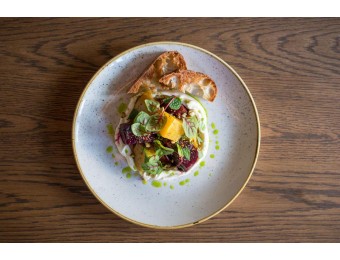