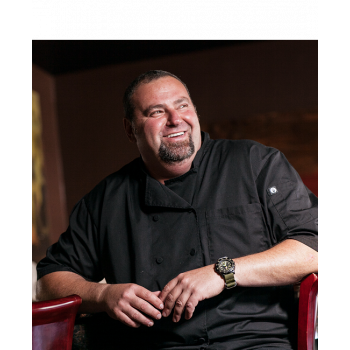 Chef Vatche Moukhtarian, of the Cracked Pepper Bistro in Fresno, California, caught the cooking bug by the time he was 12. He later ventured to the San Francisco Culinary Academy, followed by an externship and full-time employment at the Peppermill Casino in Reno, where he learned under Roger Morris.  After two years at Peppermill, Chef Vatche was invited to help open the Chuckchansi Gold Resort & Casino, where he would eventually become Sous Chef at the flagship steakhouse, Vintage. He then spent several years as Sous Chef at Tenaya Lodge at Yosemite. Ready to return to his hometown of Fresno, Chef Vatche opened the Cracked Pepper Bistro in 2006, focusing on regional cuisine using natural, close-to-the-source ingredients and California-grown wines. Today, the Cracked Pepper Bistro is a beloved establishment.