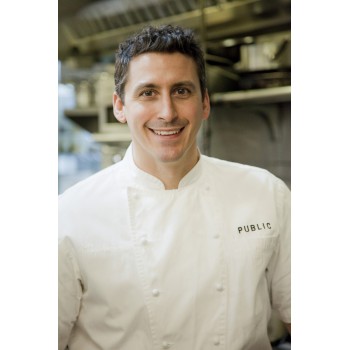 Brad Farmerie grew up in PIttsburgh in a food-loving family. He was enrolled in Penn State in 1996, when he decided to take a break from earning a degree in engineering to follow his dream of cooking. He wanted the chance to travel and studying at Le Cordon Bleu London was the perfect opportunity. Farmerie found himself in England during a food revolution, working at Michelin-starred restaurants after recieving his Grand Diplome (the combination of a cuisine and patisserie diploma). Farmerie took his time in London to visit other countries in Europe, the Middle East, and Northern Africa. In 2003, he moved back to the States to open Public, a fusion restaurant incorporating ingredients from around the world. Since then Farmerie has started a number of successful eating establishments as the executive chef and partner at the AvroKO hospitality group. 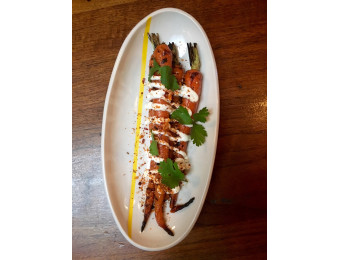